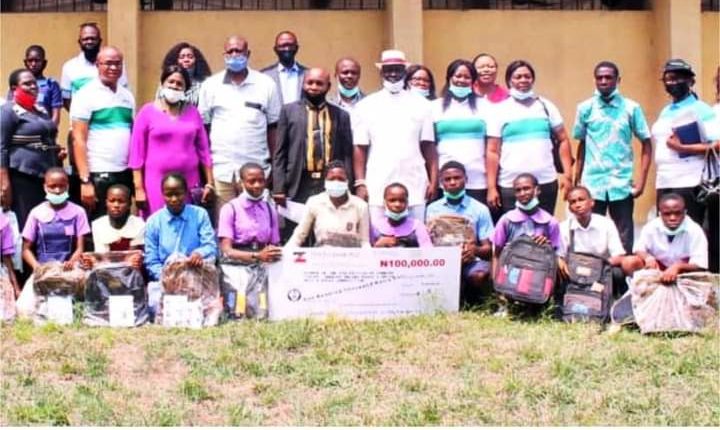 The annual competition was organised for riverine secondary schools in Warri South-West, Warri North and Warri South local government areas of the state and sponsored by the Centre for Peace & Environmental Justice (CEPEJ) in order to bring education closer to the rural creeks.

At the final round of the quiz competition,  which held March 3, 2021 at the Hossey College in Warri South Local Government Area of Delta State, with senior educational officials in attendance, Atuwatse II College emerged winner of the quiz competition with 30 points while Erejuwa Grammar School and Ogbe-Ijoh Grammar School scored 26 and 24 points to clinch second and third positions respectively.

In the the Essay Competition, Gbaraun Grammar School, Oporoza defeated other schools, while Alema Model College and Atuwatse Secondary School went home were runners up.

The National Coordinator of and convener of the competition, Comrade Sheriff Mulade, in his remarks, said he developed interest for quiz and essay competition in his early days at school, when he found it difficult to transport himself to the closest secondary school in the creeks.

Mulade, who’s a chief in Gbaramatu Kingdom, decried government’s subsisting inability to provide the needed education in the oil-rich riverine communities of the state.

“I am a victim of lack of education because of the riverine terrain. We find it difficult to even transport to the nearest school in the community.

“Up to this moment, government has not been able to provide the needed education in our area and this is why I will continue to call and appeal to the state government to pay more attention to the riverine areas.

“So, it is important that government paid attention to the riverine areas so that there will be some relative peace,” Mulade reiterated.

The peace ambassador, who noted that Nigeria’s economy has remained a mono-economy which relied solely on crude oil, regrettably pointed out that the riverine communities produce over 70 per cent of the crude that sustains the nation’s economy and therefore deserved more attention from the government of the day.

Highlights of the event have Atuwatse II Secondary School going home with the star prize of N100,000,00 in the quiz competition, while Erejuwa Secondary School and Ogbe-Ijoh Grammar School who as runners up grabbed N70, 000 and N50, 000 each.

In the the Essay Competition, Gbaraun Grammar School, Oporoza grabbed the star prize of N50,000,00 while Alema Model College and Atuwatse Secondary School went home with second and third prizes of N30,000,00 and N20,000,00 as runners up.