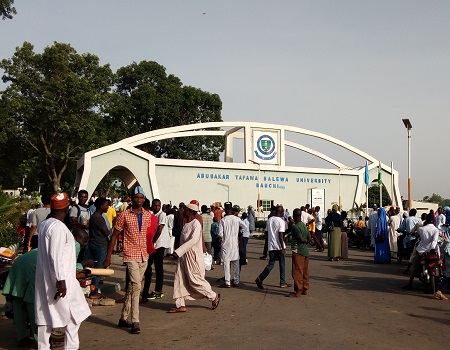 ACADEMIC activities were paralysed Friday when students of Abubakar Tafawa Balewa University, (ATBU), Bauchi embarked on protest for what they described as lack of social amenities on campus.

The students from the Yelwa campus of the University blocked the main entrance into the institution thereby denying all categories of staff access inside demanding that the authority must do something positive to ameliorate their sufferings.

Some of the students who spoke to our correspondent said that the hostels have been without electricity and water supply for weeks now while all moves to get the management to fix the problems proved abortive.

They also accused the management of preferential treatment of the student’s population as according to them the female hostels have electricity and supply while the male hostels do not.

In order to press home their demands for a better condition of living, they said that they decided to embark on the protest adding that no academic activity will take place until their demands were met.

Meanwhile, the students were supposed to start the first semester exams today (Friday) but they declared that the exams will not hold until their demands were met.

All efforts to get the reaction of the school management as at the time of filing this report failed as the PRO, Zailani Bappah did not pick the calls put across to him by our correspondent.