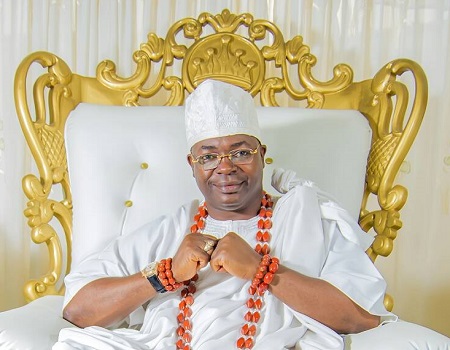 A Lagos-based industrialist and Ekiti State community leader, Omoba Olusegun Aderemi, has charged traditional rulers in Ekiti State to approach the crisis in the state’s Council of Traditional Rulers with caution, saying the members still facing selection crisis in their respective domains should refrain from commenting on the leadership crisis.

Omoba Aderemi, who is the Atayero of Aramoko-Ekiti, headquarters of Ekiti West Local Government Area, said the word of caution had become necessary following the various opinions on the headship of the Traditional Council, which had pitted the Pelupelumonarchs in the council against the state government.

The appointment of Alawe of Ilawe-Ekiti, Oba Adebanji Alabi, as the new chairman of Ekiti State Traditional Council by Governor Kayode Fayemi, has pitted the 16 first-class monarchs in the state known as the Pelupelu Obas against the state government as they contested the eligibility of the Alawe to chair the council.

In a statement made available to the Tribune Online, Omoba Aderemi held that it was improper for those monarchs, whose occupation of their community thrones are still being challenged in the courts, to be speaking on issues that border on the section of traditional rulers in the state, saying such people lack the moral standing to so do.

The Atayero said rather than entertaining opinions of monarchs with selection crisis, prominent Ekiti citizens should wade into the crisis which has created a wedge in the Ekiti Council of Obas a result of the Alawe’s appointment.

According to Aderemi, any monarch who still has selection cases in courts of competent jurisdiction “is not qualified to comment or even sit for meetings with the high-ranking Pelupelu Obas and such monarchs should keep mute until their selection cases are settled.”

He posited that some traditional rulers in the state were allegedly aiding the crisis with their comments, saying thePelupelu Obas should call such people to order and caution to remain calm until the resolution of their selections.

He said: “For instance, Olu Adeyemi still has selection case in court, the case should have been concluded but some factors related to the administration in the state.

“There is still a case of selection between Olu Adeyemi and Omoba Segun Aderemi. So as a matter of fact, the position of Alara of Aramoko Ekiti is still vacant.

“I also urge the Pelupelu Obas not to allow any monarch that still has selection case in a competent court to contribute or react to issues pertaining to the traditional forum,” contending that “such ‘monarch’ should hold on till the selection crisis is settled, because such is only parading himself as Oba and not yet a monarch, he should hold on till the case is settled”

Omoba Aderemi, therefore, charged the Pelupelu obas as an embodiment of peaceful resolution in the society, saying “they should not allow politicians or court to determine their fates, they should resolve amicably.”