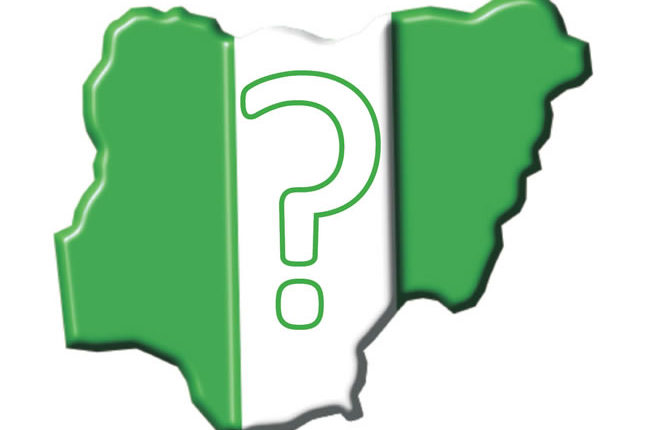 Obviously pained by the escalating challenges confronting Nigeria, popular media mogul, businessman and motivational speaker, Chief Dele Momodu has fingered disunity as Nigeria’s biggest problem, just as he argued that a nation with such divisive tendencies could hardly do well.

He gave these remarks while featuring on the Toyin Falola Interview Series. In the series, Professor Toyin Falola, alongside a panel of eminent scholars, interviews politicians, policymakers, scholars whose work and research are particularly relevant for the African continent and its peoples including the Diaspora. Religion, culture, politics, women’s rights, history, development are discussed during the interviews.

According to Momodu, “We’ve never been one in Nigeria. I’m sure you’ve read and heard about the amalgamation that took place in 1914. So, you have different nationalities, ethnic groups, forced together. At some point, we were managing ourselves, until that first coup when some of our leaders were summarily executed and then the ethnic tension started rising from that moment onwards.

“So, Nigeria is not one, but I believe Nigeria can be one if we have the right type of leadership.  We lost that opportunity 28 years ago when Chief Abiola won an election, that was not in any doubt. He was voted for across the length and breadth of Nigeria. But unfortunately, some people chose to kill that election and we have suffered and paid dearly for it in the last 28 years. By 2023, it will be exactly 30 years that we lost that opportunity.

“So, I believe and I’m dreaming that someone will emerge, who has that template that Abiola had. Until we find that template, and we revalidate that example, it may be difficult for Nigeria to unite. In fact, the biggest problem confronting Nigeria today is the lack of unity and that is why everybody is agitating that they want to go their separate ways.

“Human beings globally are never one. Even in America, there is racism. It’s how the leadership manages it that will determine how pronounced it will become.”

While speaking on the two major political parties, the ruling All Progressives Party (APC) and the opposition People’s Democratic Party (PDP), ahead of the 2023 general election, Momodu stated that the reason for voter apathy during elections is “because the people do not find anybody whose message resonates with them, whose face is familiar to them.”

For him, “The greatest party in Nigeria is neither the APC nor the PDP. They are just formidable because they are the ones who practice politicking. What is needed now is someone who can bring the floaters party on board. Those are the youths. Many people don’t vote. This is because the people do not find anybody whose message resonates with them, whose face is familiar to them.

“By 2023, Atiku would have been contesting for many years. I love him. He is a businessman; among all of them he has been able to run his business successfully. But are we going to leave Buhari who is almost 80 and go to someone who is almost 80? The reason I think PDP has a better chance is that anyone who can pick a candidate from the South will definitely win. Contrary to the boastfulness of the northern politicians, they will never get anybody from the North who is as popular as Buhari in a long time to come. Buhari contested three times and twice he was defeated by southerners: first by Obasanjo and later by Jonathan. This is because the North’s catchment area is between North-West and North-East. If they say that power will not leave the North, it means that they have edged out Tinubu, they have edged out Osinbajo, they have edged out all those who rushed from their parties because they were hoping that the mantle might fall on them. You have the governor from Ebonyi, you have the governor from Cross River who jumped ship and joined the APC recently.

“APC should be punished for the mismanagement of Nigeria in the last six and half years. If you fail an exam, you do not get promoted. If you fail, sometimes you can get rusticated if your results are so bad and the school gives up on you. The way Nigeria is today, we are just on the brink of collapse. Buhari has led us to the Golgotha.

“My thinking is that if there will be elections, I have told my friends (Kingsley Moghalu, Omoyele Sowore) that it would take a miracle for a third force to win election in a country that is as complex and complicated as Nigeria. We are left with only one option. If APC is so bad that you don’t want to touch it, the only other option, for now, will be PDP, unless the party breaks up and you have a new re-alliance like it happened with the APC. Anything other than that, the two formidable parties at the national level will be APC and PDP.”

We are empowered to produce stamps for document authentication ― NIPOST