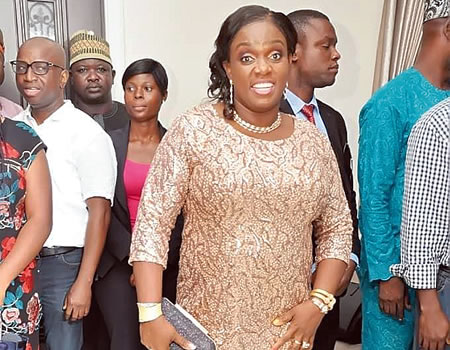 A few days after being sworn in as the governor of Oyo State, Engineer Seyi Makinde and his wife, Tamunominini hosted their first social event as they invited their friends and a few family members to the 47th birthday of the First Lady.

The birthday party, which was initially planned to be low key with the children and a handful of aides, was later held at the Government House, Agodi as an afterthought of the governor, who felt the need to extend the invitations to friends of the family and political associates.

It was a warm gathering and a night of remarks and appreciation.

Islam made me a better person — Football star, Paul Pogba

The celebration started with an opening prayer by Pastor Femi Emmanuel and a short speech by one of Governor Seyi Makinde’s friends, Peter Eledan, who chronicled the lives of the governor and his wife.

One of the governor’s daughters, Tobi also made her remarks and described her mum, Omini as the most wonderful soul before the stage was taken over by Governor Seyi Makinde who shared the story of their meeting when she was 19, their marriage of 28 years and other private moments they have shared together.

It was a perfect night, blended with music, laughter and joy.

NAFDAC: Why we are helpless on the use of sniper, otapiapia

I’m not yet fulfilled as an actor —Enyinnaya Nwigwe