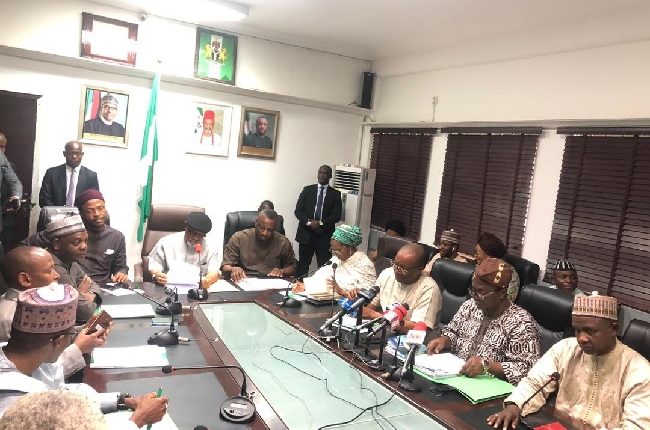 The ongoing strike by the Academic Staff Union of Universities (ASUU) continues as the meeting between the Federal Government and the leadership of ASUU held, late Wednesday night, again ended in a deadlock.

The meeting headed by the Minister of Labour and Employment, Dr Chris Ngige, could not conclude and finally resolve the contentious issue of Integrated Payroll and Personnel Information System (IPPIS), especially the issue of the platform to use to pay the university lecturers before the knotty issue of IPPIS and the University Transparency and Accountability Solution (UTAS) is finally resolved.

A source at the late-night meeting told Tribune Online that all other issues in contention have been resolved and agreed on, apart from the issue of IPPIS and on which platform to continue paying them before UTAS, developed locally and proposed by ASUU passed all integrity tests.

The issues, such as the Funding for Revitalisation of Public Universities; Earned Academic Allowances; Salary shortfall; state of State universities, Reconstitution of the Government Renegotiating Team; Visitation panels to Federal Universities; and the issue of University Pension System have all been resolved. The meeting is to be reconvened on Wednesday next week.

The meeting had earlier been informed that ASUU has met its timeline regarding the first stage of the initial demonstration of the efficacy of the University Transparency and Accountability Solution (UTAS) to Government.

The Meeting had also agreed that if UTAS passes all the different stages of the integrity test which would involve National Information Technology Development Agency (NITDA) and the Office of the National Security Advisers (NSA) and after ascertaining its efficacy; it would be adopted for the payment of the University staff.

However, the meeting could not agree on how payment would be done for ASUU members during the transitional period of UTAS tests, even as the Government side again appealed to ASUU to enrol on IPPIS platform in view of the Presidential directive that all Federal Government of Nigeria (FGN) employees should be paid via IPPIS.

The government side appealed to ASUU that its members can thereafter be migrated to UTAS whenever UTAS is certified digitally efficient and effective with accompanying security coverage.

But ASUU maintained that given ASUU’s invention of UTAS, it should be exempted from IPPIS in the transition period.

Also on the issue of withheld salaries, the meeting agreed that the Government will pay the money as soon as the mode of payment is agreed upon by both parties.