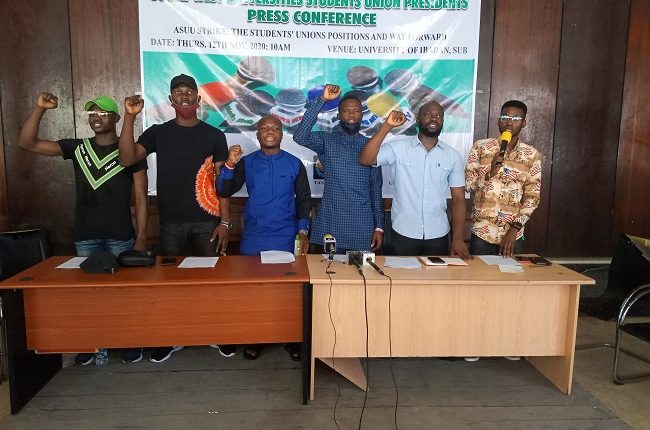 After eight months of strike by the Academic Staff Union of Universities (ASUU), students unions of universities in the South-West, on Thursday, gave seven days ultimatum to the Federal Government to end the strike or face aggressive nationwide agitation.

According to the Presidents of Students Union Government of the Universities, at a press conference held in the University of Ibadan, the agitation will feature mass mobilisation of students in protests and mass actions that surpasses the #EndSARS protests.

Decrying eight months of deadlock in engagements between the Federal Government and ASUU with the students bearing the brunt, the student unions urgently called for a compromise between the two parties to save students’ future.

The students’ representatives noted that the ASUU struggle for the revitalisation of universities, improvement in infrastructure, regulation of payment of salaries was for the betterment of universities hence should not be undermined by the Federal Government.

Speaking further, Oloyede urged the Federal Government to form a committee all student union leaders across the country and government representatives to handle students welfare.