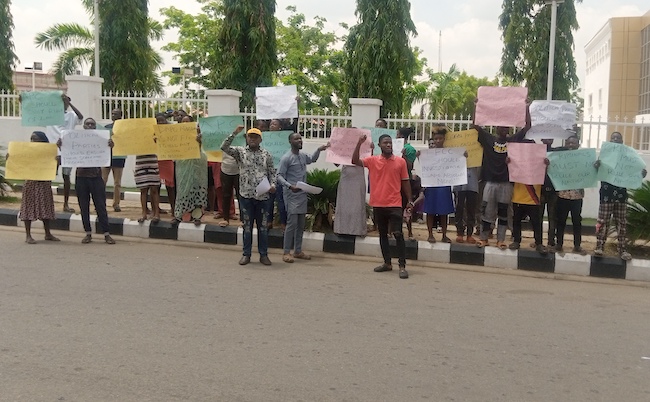 THE National Association of Nigerian Students on Wednesday protested at the National Secretariat of All Progressives Congress (APC), Abuja, demanding for investigation of all public officials who have obtained the N100 million APC Presidential nomination and expression of interest forms.

The student body particularly asked the Economic and Financial Crimes Commission (EFCC) to investigate everyone that picked up the N100 million APC presidential nomination forms to unravel their source of money.

National Public Relations Officer (PRO) of NANS, Comrade  Victor Ezenagu, who led the protesters to the APC Secretariat said Nigerians could not be spending such humongous money for political primaries while students are at home as a result of a strike by the Academic Staff Union of Universities (ASUU).

The national Public Relations Officer (PRO), Victor Ezenagu, stated this in Abuja on Tuesday, while submitting a petition at the APC to register their grievances against the sitting governor of Ogun state and the ongoing industrial action by ASUU.

The petition addressed to the Chairman of EFCC and dated 11th May 2022 was co-signed by the NANS PRO, Victor Ezenagu and NANS Senate President, Comrade Chuks Okafor.

The students wielded placards of various inscriptions, such as “Criminals must not rule our nation,” EFCC should investigate all those that bought presidential forms”, among others.

Ezenagu said, “We are here to register our displeasure. One is that the sitting governor of Ogun state we seek for proper investigation by EFCC and his person because there are a lot of fault-related activities even the one that was done in the US against his person.

“So we are calling on EFCC to go and investigate him and his likes, even those who paid N100m and N50m to obtain presidential forms in their respective parties will call on EFCC to investigate them.

“We can’t be having people spending money for political primaries while our students are at home. The money that the various parties have donated is even enough to start solving the ASUU problem.

“EFCC should investigate everybody who has picked up presidential form and then bring those who are fraudulent to book or else they should stop going into our campuses and harassing students in the name of yahoo, yahoo boys,” he added.

Ezenagu noted APC is the ruling party and should be able to call on their persons in the various positions of leadership to look critically into the issue of ASUU and resolve it permanently.

“The party would be proud to put it in the record that the issue that the Government of President Muhammadu Buhari inherited, he was able to provide an everlasting solution to it,” he said.

In spite of the huge investment in the water sector by the government and international organisations, water scarcity has grown to become a perennial nightmare for residents of Abeokuta, the Ogun State capital. This report x-rays the lives and experiences of residents in getting clean, potable and affordable water amidst the surge of COVID-19 cases in the state…NANS protest at APC. NANS protest at APC

The Lagos-Ibadan railway was inaugurated recently for a full paid operation by the Nigerian Railway Corporation after about a year of free test-run. Our reporter joined the train to and fro Lagos from Ibadan and tells his experience in this report…NANS protest at APC. NANS protest at APC

APC presidential running mate: I am not desperate for any elevation in life ― Lalong

Lunatics have taken over affairs of Nigeria ― Obi 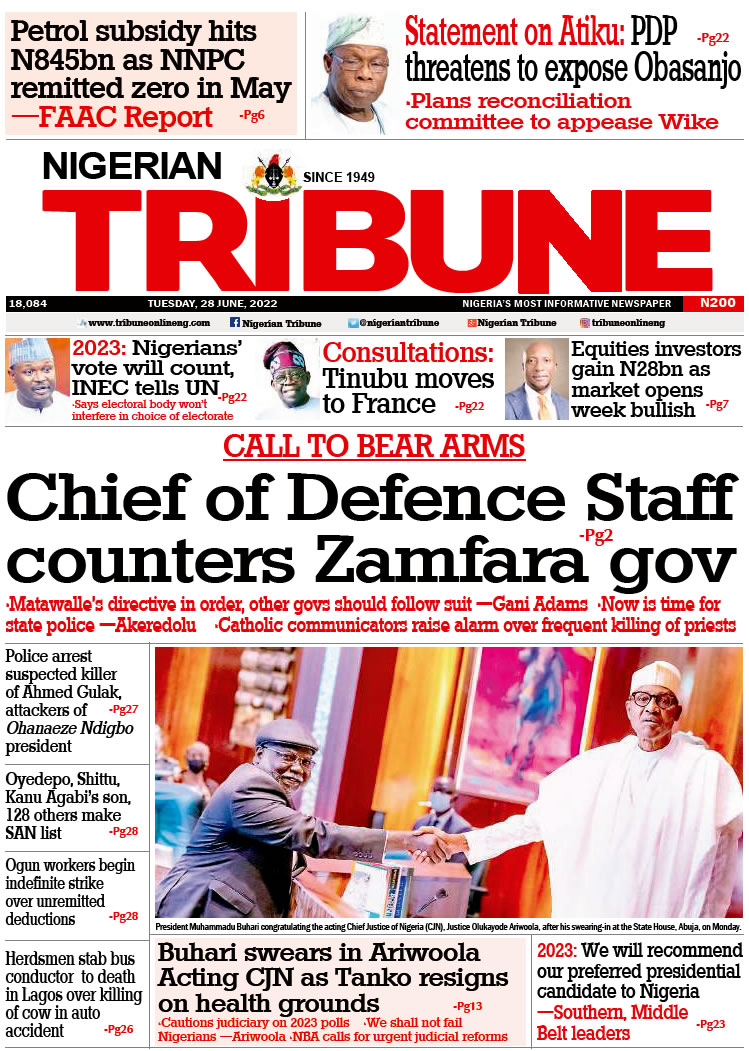