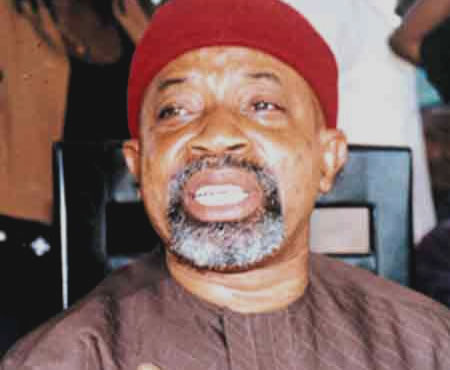 Peeved by the way and manner, the Minister of Labour and Employment, Dr Chris Ngige has been handling the ongoing strike action by the Academic Staff Union of Universities (ASUU), the Benin Zone of the union on Wednesday expressed serious doubt over the ability and commitment of the minister to resolve the lingering crisis.

In a statement by the union’s Zonal Coordinator, Prof. Fred Esumeh, he observed that since the commencement of the University Transparency and Accountability Solution (UTAS), Ngige’s remarks smack of a spoiler, and anti-ASUU, rather than a conciliator.

Going by the provisions of the law, Esumeh argued that the minister is saddled with the responsibility of reconciliation during industrial disharmony and calm an already tensed situation but instead chose to be the mouthpiece of other unions that were not part of the 2019 Memorandum of Agreement.

The coordinator accused the government of introducing the Integrated Payroll and Personnel Information System (IPPIS) to divert the public attention to the lack of sincerity, and will to faithfully implement the agreement reached with ASUU

Esumeh insisted on the union’s rejection of the new payment system, given its violation of the University Autonomy Act and its inadequacies to carter for the peculiarities in the university system.

He maintained that on account of IPPIS and UTAS imbroglio, the government had been and still withholding salaries of ASUU members for months, even when the Union met with timelines agreed with the government to develop UTAS amidst COVID-19 challenges.

He accused the Minister of Finance, her Labour and Employment counterpart as well as the Accountant General of the Federation of deploying the weapon of hunger to compel and coerce ASUU members to enrol on the IPPIS platform.

Esumeh added that this move of government smacks of impunity and it is undemocratic in a democratic setting.
ASUU reminded Dr Ngige that democracy which Nigerians, including him, is enjoying today is anchored on the rule of law, and adherence to the law is sacrosanct.

The union pleaded with the minister to calm the nerves of members of ASUU and facilitate the payment of salaries of members instead of playing to the gallery and violating the law.

Former Ekiti state governor, Mr Ayodele Fayose, has congratulated Edo State governor, Godwin Obaseki, on his victory during last Saturday’s governorship poll, calling on him not to return to the All Progressives Congress (APC).ASUU casts doubt

Obaseki who joined the Peoples Democratic Party (PDP) in June after he was disqualified by the APC, defeated Pastor Osagie Ize-Iyamu of the APC in the election results announced by the Independent National Electoral Commission (INEC) on Sunday.ASUU casts doubt

Ogbonnaya who spoke in an interview with the News Agency of Nigeria (NAN) on Thursday in Kano, said as a result of the coronavirus raving the world, no business has been moving.ASUU casts doubt