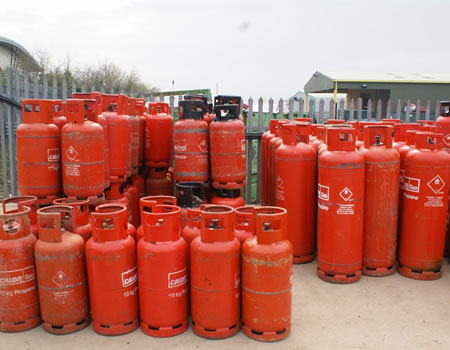 THE Nigeria Liquefied Petroleum Gas Marketers Association (NALPGAM) on Monday urged the Federal Government to develop policies to promote the use of cooking gas in Nigeria.

Mr Nosakhare Ogieva- Okunbor, President of NALPGAM, told the News Agency of Nigeria (NAN) in Lagos that government’s commitment would enable millions of homes to switch to cooking gas.

Ogieva-Okunbor stressed the need for Nigeria to move quickly in the direction of greater per capita consumption of gas, and that gas was a more efficient and safer alternative to traditional fuel.

According to him, Nigeria will save over $10 billion annually if 50 per cent of its population switches to cooking gas by 2019.

“It was regrettable that Nigerians still use kerosene in large quantities, while the cleaner fuels like cooking gas can save over 55 per cent of Nigeria’s primary forest.

“The association appealed to the government to promote the use of cooking gas in rural communities.

“By this, it would create over one million jobs in the LPG value chain in the next three years if the kerosene to LPG switch programme is implemented nationwide,” he said.

He said a widespread but inaccurate belief that gas was more expensive than traditional fuels was also impeding the progress of the industry.

According to him, the LPG sector in Nigeria is still challenged by factors such as the inadequate supply of cooking gas equipment, insufficient jetties and few LPG inland storage facilities.

Ogieva-Okunbor explained that due to the growing potential of LPG in Nigeria, there was the need for government to show more commitment by addressing factors that continued to hinder the growth of the industry in Nigeria.

“Embracing cooking gas would ensure the reduction in deforestation, carbon emission into the atmosphere and increased tax revenue for government at various levels.

“We expect an annual target of cooking gas consumption volume of at least five million, up from the current annual consumption rate of about 400,000 metric tonnes.

“This can be achieved if we replicate the success story of Indonesia, which was able to get 53 million homes to use gas in three years.

“Today, in the energy mix of cooking in Nigeria, firewood takes the pride of place with 60 per cent, kerosene 30 per cent, coal five per cent, and cooking gas a dismal 5 per cent,” he added.

Ogieva-Okunbor advised women to champion the fight for renewable energy and total conversion to liquefied petroleum gas in Nigeria.
He identified lack of infrastructure and an underdeveloped market structure as obstacles to the progress of Nigeria’s LPG industry.