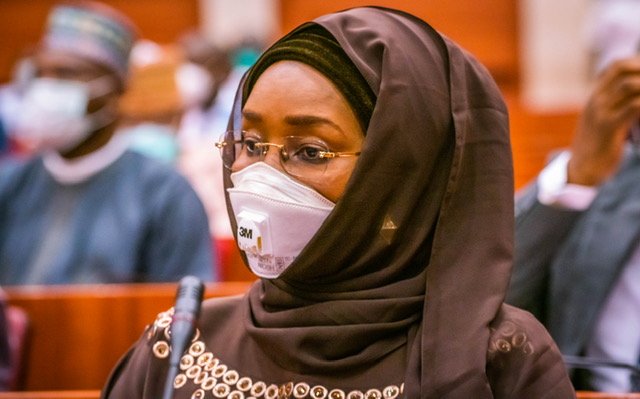 An association, Save the Poor Coalition, has called for better funding of the Ministry of Humanitarian Affairs, Disaster Management and Social Development to enable it perform better in disbursement of palliative to mitigate the lockdown occasioned by the pandemic, coronavirus.

The Minister, Hajia Sadiya Umar Farouk, has come under criticisms by Nigerians who accused her ministry of not living up to public expectations in the execution of the assignment she has been saddled with.

Chairman, Senate Committee on Army, Senator Ali Ndume, had on Tuesday raised the alarm that the cash disbursement was not getting to the poor people whom it was meant to ease their burden.

But the association in a statement signed by Emeka Enechi and Adamu Maikasuwa, national coordinator and secretary respectively, said that the 3.6 million being targeted in the Social Intervention Programme fell short of the huge number of the vulnerable in Nigeria as they noted that the country has been rated as the poverty capital of the world.

The association further said that only 421 local councils have been reached so far out of the 774 in the entire country.

The statement read in part: “Whereas, we are in league with the plethora of criticisms emanating from various quarters, especially that of distinguished and eminent members of the National Assembly, as per the National Social Register of Poor and Vulnerable Households and by extension the COVID 19 palliatives; however, after observing the comments and steps taking so far by the Minister of Humanitarian Affairs, Disaster Management and Social Development, Hajia Sadiya Umar Farouk, we take solace on the fact that she has noted all the salient points raised.”