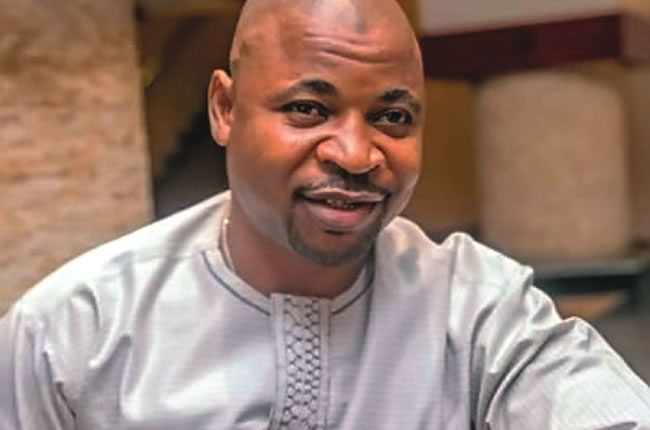 LEKAN OLABULO seeks behind-the-curtain information on the obaship tussle in Oshodi that is pitting loyalists of MC Oluomo against the ruling houses.

LONG before now, a general saying among the admirers and supporters of  the Lagos State chairman of the National Union of Road Transport Workers (NURTW), Alhaji Musiliu Akinsanya, popularly known as MC Oluomo, is that there is no king in Oshodi but an outstanding son of the kingdom (ko si Oba l’ Oshodi a fi Oluomo). Indirectly, his own have long concluded that he is the numero uno of the kingdom and the only thing lacking is his official recognition as the traditional ruler of the land.

This position has also been adopted by musicians like Wasiu Ayinde Marshal, who have been using the controversial and vexatious lines to sing his praises at social gatherings and even in albums.

Nollywood stars who openly fraternise with the transport unions’ boss in the state, who has chosen Oshodi as his base long before his ascension to the pinnacle of the industry, also recognise and hail him as the leader of the kingdom.

While the unofficial recognition has mostly remained at the realm of his supporters hailing him, events are taking a new dimension and if the objections from the original ruling houses are surmounted, what has largely been a salutation may become a reality for the unionist and his backers.

Towards the end of last year, there were unconfirmed reports that Akinsanya’s associates were making serious efforts to get him crowned as the lawful traditional ruler of the kingdom, which has been without a substantive king in 52 years.

Instead of the rumour going away, it is getting stronger by the day and the man in the middle of it all has not helped put the rumour to bed by refusing to either confirm or deny it.

But his associates, especially Wasiu Ayinde, have kept hinting at ongoing moves to have him installed as the Oba of Oshodi when openly singing his praises. His closeness to the political power in Lagos State, especially his open relationship with the national leader of the governing All Progressives Congress (APC), Senator Bola Tinubu, is also being counted as an advantage for him in hs rumoured quest to transform from a unionist to a prominent traditional ruler in the state.

Last Sunday, a press conference called by Oluomo’s associates to address the growing controversy over his alleged quest, particularly the serious objection mounted by the ruling houses, who have publicly disowned him, was called off at the last minute. When Saturday Tribune visited the publicised venue of the press conference, it was gathered that the planned event would not hold again. No reason was given by the associate who spoke with Saturday Tribune at the venue, which is Oluomo’s hotel.

It was, however, learnt that the press conference was arranged, in the first place, to explain and defend the Akinsanyas’ claim to throne.

One of his associates, while trying to rationalise the ties, claimed that Oluomo is an Awori from Oshodi, adding that his grand-uncle, Seidu Akinsanya, was a Baale in Oshodi some decades ago.

Akinsanya’s media aide, Smart Olayinka, would not volunteer information beyond saying his principal was not in town when Saturday Tribune reached out to him. He asked the reporter to call his colleague, Jimoh Buhari, who also speaks for the top unionist. Calls made to Buhari’s line did not connect.

Sources close to Oluomo told Saturday Tribune that although Akinsanya had always cherished being crowned as the Oba of Oshodi, he was not expecting it until about two years ago when a close ally of his, Sulaimon Adeshina Ashade, popularly known as Jafo Authority, was installed as the Oniba of Iba land in the state.

One of the sources said: “Right from time, people have been saying that MC is the traditional leader of Oshodi. The fact is that he likes it but he was not really making any concrete efforts to be installed as the Oba of Oshodi.

“But since the day he visited one of his friends, Jafo Authority, before his installation as the Oniba of Iba Kingdom, his love to become the Oba of Oshodi has increased. Some of the people who are very close to him are even pestering him to use his influence with the Lagos State government to actualise his dream of becoming the Oba of Oshodi.”

A top member of the NURTW in Oshodi also confirmed that there were plans to make MC Oluomo the next Oba of Oshodi but noted that such plans were not for immediate realisation. He also stated that being the Oba of Oshodi would prevent Oluomo from participating “in some activities that have become part of his life.”

He added that the plan for MC Oluomo to be installed as the Oba of Oshodi was anticipated towards the end of his administration as the NURTW boss in Lagos but the emergence of Jafo Authority as Oniba had changed the plan.

The NURTW chief said: “He ( Oluomo) has always wanted to be the Oba of Oshodi. If you are close to NURTW very well, our immediate past chairman in Lagos State, Alhaji Tajudeen Agbede, was also rumoured to be nursing the ambition of becoming the Oba of Olowora, when he left office.

“Truly, MC has the ambition of becoming the Oba of Oshodi. What he was planning then was not for the next one or two years. His plan was to be the Oba after his tenure as the chairman of Lagos NURTW but since his friend, Jafo Authority, became an Oba, his desire to also be an oba has increased.

“Now he is very indecisive on what to do. He wants to remain the chairman of the NURTW and he also wants to be the Oba of Oshodi as a result of the respect that Jafo Authority is given in his domain.”

Another source close to MC Oluomo boasted that the transport union boss had the brightest chance of becoming the next Oba of Oshodi. He, however, distanced Oluomo from some of the pictures in the media portraying him in Yoruba traditional ruler regalia with the accoutrements of royalty.

“Most of the things you see in the media are not from him. There was a time we were coming from Osun State and someone sent a picture of him in a full Oba attire to him. He was surprised at the picture because he didn’t take any picture like that. People are just sensationalising the whole thing.”

I want to lose weight

My wife confessed she had sex with her lover twice, man tells court

Why Lagos danfo drivers, others will pay more than N292,000 each per annum