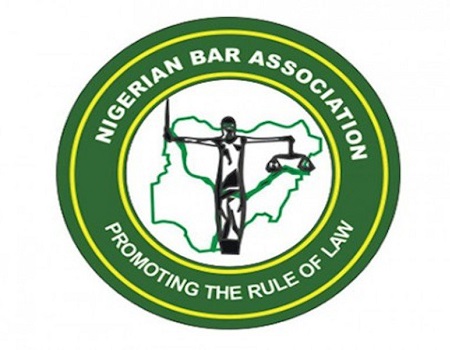 AHEAD of the planned arraignment of the suspended Chief Justice of Nigeria (CJN), Justice Walter Onnoghen today at the Code of Conduct Tribunal (CCT), the Nigerian Bar Association (NBA) has again urged the federal government to discontinue the charge against him.

A strongly worded statement by the President of the NBA, Paul Usoro (SAN) said the reasons the association wants the six-count charge against the suspended CJN discontinued was that one of the two petitions against him, currently before the National Judicial Council (NJC) is an exact replica of the petition that motivated the CCT Charge.

He said the second petition was reportedly presented by the Economic and Financial Crimes Commission (EFCC), which is an agency of the federal government.

According to Usoro, while the NBA commends the federal government for adhering to due process by submitting the EFCC petition to the NJC for consideration, it should, in like manner, and in adherence to the law and due process, discontinue the CCT charge and allow the NJC consider the initial petition which, has already been responded to by the suspended CJN.

The NBA boss said, the CCT chairman, Danladi  Yakubu Umar, in his response to a petition that was written against him and which was forwarded to him by the Federal Judicial Service Commission (FJSC), stated emphatically that he and his Tribunal are answerable and report only to the Presidency, by law and practice.

“He is absolutely correct. An insistence, in the circumstance, on the CJN, the head of an independent arm of the federal government standing trial before a Tribunal that is under the Presidency and is answerable only to the Presidency, mocks the concept of and completely erodes the independence of the judiciary and the constitutional separation that should exist between the three arms of the federal government.

“It is precisely for this reason that our Constitution created the NJC and we are pleased that the federal government has warmed up to the utilization of that due process, as illustrated by the submission of the EFCC petition to the NJC”, he added.

On the third ground, which he said is complementary to the two points stated earlier, is the fact that the spectacle of having the CJN, while still holding that title, in the dock before the CCT or any other court will truly diminish the judiciary.

According to him, the NJC process allows an initial determination to be made on the petitions against the CJN and if he is found liable or wanting howsoever, appropriate sanctions would be imposed by the NJC including recommendation for his dismissal or retirement.

“In that event, he would no longer hold the office or title of CJN and could be prosecuted for any criminal infraction before the CCT or any other Court.

“An insistence on the CCT prosecution paints a picture of persecution of the CJN by the Executive and such a spectacle in no way ennobles the  Executive arm and/or its officials”.

Usoro said, such a scenario should be avoided by all means and urged President Muhammad Buhari to please discontinue the charge against the CJN when the matter comes up before the CCT today, Wednesday, February 13, 2019.

He also urged full compliance with due process by the federal government in Onnoghen’s matter by allowing the NJC process to take its course in respect of the two petitions against him.