Features
By Yejide Gbenga-Ogundare On Jun 12, 2020 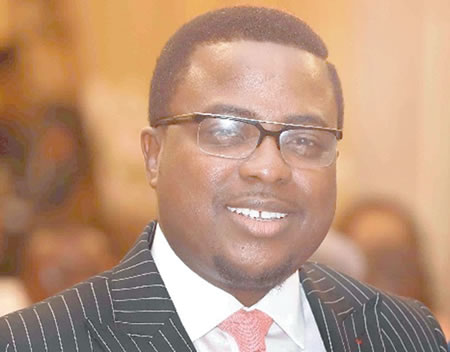 Following the launch of the new marginal field bid round by the Department of Petroleum Resources (DPR), a Lagos based commercial law firm, Perchstone & Graeys LP, in recognition of the importance of key stakeholder engagement in this defining bid round, organized a webinar tagged “Perspectives on Investing in Nigeria’s Oil Marginal Fields.”

The webinar was organized based on the belief that marginal fields are expected to continue to play a significant role in the oil and gas sector, including the promotion of indigenous participation, increased oil production capacity and gas reserves, as well as growth in the employment of competent Nigerians.

The webinar discussion therefore focused on key issues surrounding the ownership of marginal oil fields in Nigeria, investment considerations, associated risks, and projections regarding the 2020 guidelines.

The first marginal field bid process occurred in 2002 and at the end of that process, 24 marginal fields were awarded to 32 companies. Other bid attempts following the 2002 event were unsuccessful. To facilitate the 2020 bid round, the DPR revoked previously awarded marginal fields and has made 57 marginal fields available for bidding. The DPR has also released the 2020 Guidelines which set out a roadmap of sorts for this bidding process. The process is delineated into seven stages; from the application by interested bidders to the announcement of winning bidders.

Mr. Olorunshola, the webinar’s keynote speaker, suggested that a timely legislative intervention such as the passage of the Petroleum Industry Bill would come in handy at a time like this to encourage participation. He cited demand reduction and destruction, price war, and market damage as contributing factors to the present dearth of investment in the sector. He however, encouraged industry players to look beyond and strive to gain market share now as there are still untapped resources to be harnessed in the sector.

Addressing the critical investment considerations and actions for any successful marginal field in Nigeria, the speaker advised investors to pay close attention to bankable reserves, technical personnel, financing methods, and strategic partnership arrangements to mitigate the associated risks that have contributed to the abysmal failure of marginal fields.

Commenting on critical considerations in the marginal oil field, Mr. Glossner of Domusaurea Consulting stated that financing and security are important for potential foreign investors and if foreign investors must come, the cost of production has to be kept low given the current global crude prices. He further stressed the need for sustainable policies and for Nigeria to look into other energy sources that are aimed at a “Green Future.”

Mr. Membere emphasised that success in the 2020 marginal field bid round hinges on the ability to capitalize on lessons learned from the 2002 bid round. He commended the incorporation of community and state participation as a requirement under the new bid round guidelines, describing it as a welcome development. However, Mr. Membere recommended that a regulatory mechanism to checkmate the extent of community participation be set up to achieve the intention of this new condition.

Mr. Aderemi conclusively stressed the need for potential investors to engage professionals at every stage of the bidding process given that the failures of the last marginal field bid rounds could largely be attributed to toxic partnerships and failure of investors to engage the right advisory team before investing.

It is not in doubt that there is an urgent need for a policy thrust that de-prioritizes the revenue generation motive which is currently evident in the exorbitant fees and signature bonuses for the bid rounds as to do otherwise could dissuade potential investors, considering the global demand for oil.

Being Rotary Club president is hectic, but interesting —Bisi Yomi-Layinka

Anxiety over more deaths, rising cases of COVID-19 in Nigeria