As gospel musicians, we sing God’s mind to the people —Yemi Oluwadaisi 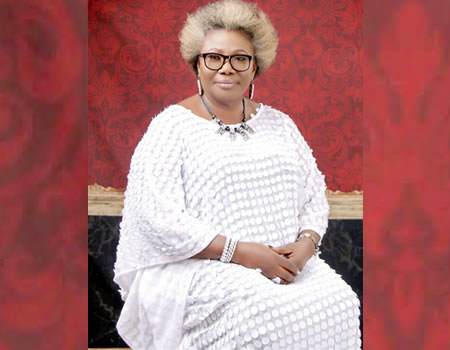 Yemi Oluwadaisi is a voice-over artiste, a producer, gospel musician and researcher at a broadcast station. In this interview with Seyi Sokoya, she speaks about her career and mission.

The Bible is clear about this. According to Mathew 7:16, by their fruits we shall know them. At least in the assembly of the righteous, others too gather. Out of the belly flows the issue of life. I will simply say by their fruits.

What is your assessment of the gospel music industry?

Music is life. The right lyrics, I mean positive motivational words make life more meaningful. Gospel music is larger than life, it is singing the mind of God to His people and receiving blessings at every point of need. We all need God and the fastest way to get to Him is through gospel music. The criteria needed to sing the mind of God are right words, right mind and that is why gospel music is a calling and must be handled as such.

Envy and other negative tendencies exist among gospel musicians. Why is this so?

I am not aware of any and if there are at all, they are basic factors of life and are bound to ease out with time.

How have you been able to combine broadcasting with music?

Broadcasting has been an interesting field. In fact, life as a voice-over artiste has been awesome. I was the presenter of ‘How E Be’ with Ododo on Faaji 106.5 FM. I was also a co-producer and researcher of a popular morning programme, ‘Oyela’ on the same station. I did not dump broadcasting for music. My music life is a divine calling and it is like having a new wife who needs more attention and whose love becomes so intense and demanding.

How did you get into the music space?

My journey into music started as a young girl in a large Christian family and every child was in the choir and my home was my first stage. In primary school, I was also the leader of the singing group and when I got to the secondary school, I joined the school’s choir and the drama group. I composed songs for the choir most especially during one of the school’s anniversaries. This continued even at the Nigerian Institute of Journalism (NIJ). I was professionally discovered by my uncle, Chief Kunle Olasope, who died recently. He asked for my father’s permission to work in the Television Service of Oyo State (TSOS), now Broadcasting Corporation of Oyo State (BCOS). Chief Olasope handed me over to my mentor, Laolu Ogunniyi and I worked directly with him and that was how I was launched into the industry. I sang alongside the late Dipo Sodipo and a group of Ghanaian dancers in the theme music for the station. I was the youngest and the lead vocalist. That was also how composing and writing of songs became part of me and it was music that took me to drama. I acted in “Marriage of Anansewa” and “Fateful Eclipse” by Laolu Ogunniyi.

What kind of music appeals to you?

Love story songs of Everly Brothers, Kenny Rogers, Dolly Parton, Don Williams, among others. I was good at old tunes. But all glory to God, I got born again in 1981 and rededicated my life to Christ in 1997. From then my lyrics changed from what they used to be to praises to God and God in His love specially gave what today is my strength of music, which is chants, called oriki in Yoruba.

What are the challenges you confronted in your career?

As a young reporter with the Federal Radio Corporation of Nigeria (FRCN), I couldn’t give music the needed time. I worked in every reportorial beat. At the same time, I represented the state in stimulation of action that took the team to all the northern states. I was the secretary of the committee that organised motor race for the state. The time was not just there to fully go into music. When I got married, my husband was a complete opposite of my love for music. It was war and my career was a threat. I had to choose between home and ministrations. It was tough, I had no choice because the children needed me most, but trust God, He never left me.

Would you say you are fulfilled as a gospel musician?

Yes, but not fully yet, because Oliver Twist asked for more. I am yet to fulfill God’s purpose for my life. I keep reminding people around me that I am a working process towards the fulfillment of God’s purpose and I will get there, especially when God is in that journey.

How would you describe the acceptance of your new work entitled: ‘Araba Nla’?

Araba Nla is divinely given to me. During one of those days that I looked at God and imagined His greatness, I began to put down the words as they came. It’s a song that was written in the dead of the night and God began to give me some of His names. Even in the studio, I invited the Holy Spirit and He gave me another one I used right there. Honestly, He gave me the light I requested.

We will continue to criticise FG when it does wrong, says PFN