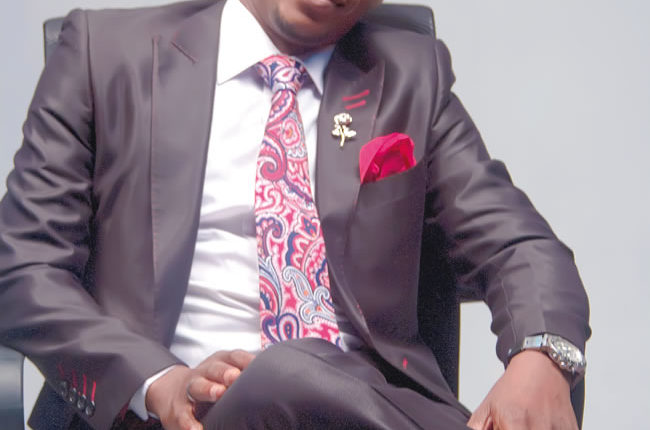 Known professionally as Koffi Tha Guru, Koffi Ayinde Idowu Nuel is a Nigerian entertainer, comedian, musician and actor. The award-winning entertainer, who was born to a Togolese mother and a Nigerian father from Ibeju-Lekki studied Chemistry at the University of Lagos (UNILAG). In this interview by FEMI OGUNTAYO, he talks about his career and the comedy industry in Nigeria. Excerpts:

It’s been a long time coming for you professionally, how would you describe the journey so far?

It has been quite prosperous. What more can I say? Though, there were the necessary hiccups along the way but nothing deterrent. I am grateful and I feel very fulfilled.

Talking about comedy, how did you become a comedian? Or how and when did you realise that you’re humorous and you should probably make it a profession?

It started when I was in school at UNILAG based on a friend’s observation and encouragement. I joined Theatre 15 and trained as an actor and along the line; I got opportunities to exhibit comedy from different angles as an actor, comedian and singer.

How would you describe your growing up in Lagos?

Growing up was fun and adventurous for me. I was born in the old Maroko (now Lekki Oniru) then moved to Bariga. I later went to Ijebu Igbo in Ogun State for my secondary education in Abusi Edumare and Molusi College. I had the opportunity to learn from both worlds – the streets and the indoor lifestyle. Attending public school also allowed a lot of interaction and knowledge from different angles. I went fishing, crab hunting, tree climbing, pond swimming, street football and many more. So, growing up was fun for me.

What effect would you say the online comedians/content creators have on the comedy industry in Nigeria?

I would say it is growing in a different direction. Comedy has different genres and it is a welcome idea for it to fester in the area of skits and not just stand-up comedy and sitcoms. Charlie Chaplin was majorly known for skits, we just got on the train.

Stand-up comedy or online comedy, which would you say is more profitable now?

Well, comedy is comedy. For me, there’s no such thing as ‘online comedy’. Everyone is doing well in their specific areas. It all boils down to the choice of the consumers.

As a comedian of so many years, what would you say is the future of comedy in Nigeria?

It is to expand beyond the known genres. Diversify and intensify comedy sitcoms, channels, platforms, packages beyond stand-up comedy and skits.

Comedians are believed to be lively always. How do you people manage to keep your emotions away from your profession especially while performing?

The fact is, as a professional, you have to take your job seriously. Emotions don’t pay bills you know?

As a comedian, have you ever experienced an awkward situation where you cracked a joke and it was not funny at all to the audience?

No. It is very important to be prepared according to the audience you want to entertain.

Have you ever told a joke that put you in trouble, would you share the experience with us, if any?

That is not an experience I have ever had. I don’t just tell jokes, I relate on an intelligent level. I know when not to push beyond my luck.

If you weren’t into Showbiz, what would you be doing right now?

I would probably be a school teacher.

On a lighter note, what’s your most embarrassing moment?

That was at the beginning of my career when a fan recognised me on an okada and told the okada man to charge me extra fee.

What are the new projects you are working on as a brand – ‘Koffi Tha Guru’?

Some words for your fans and Nigerians in general in this trying time of the nation?

Everyone is tensed; I will like to tell Nigerians to please let’s take it easy. Let us take it slow and steady. Keep praying and supporting us. Let us teach our youngsters the values of life beyond fast money. We are gradually losing our culture to a lot of alien influences. Let’s be strong in our resolve to save what is left of this country.

At about 25 minutes, the train slowed down at the uncompleted Omi-Adio terminal, a village on the Abeokuta/Ibadan expressway; it’s a stone throw from Apata in Ibadan. Conveyance of passengers from there and other terminals has not kickstarted as the terminals are still under construction and workers were found there.WAEC cancels

“Please do not talk to my father. He is yet to come to terms with the death of his son. It is a most tragic experience. How does one quantify the loss of a dear brother? My brother was killed like an animal by two herdsmen. His offence was that he asked them to drive their cows off his already cultivated farmland,” Bisi Olaosepin, whose brother was hacked to death, struggled to hold back his tears as he relayed to Sunday Tribune the horrible experience that culminated in the passage of his brother…WAEC cancels

Banditry: This is not the right time to negotiate with any group of criminals —Bala Nasarawa, chairman, Fulani Development Association