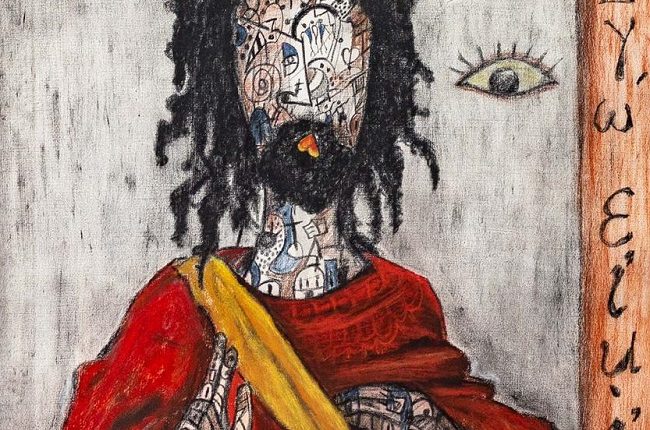 The title of the exhibition borrows from the iconic painting of Spanish artist, Salvador Dalí, one of the remarkable artists of the Surrealism art movement named The Persistence of Memory (1931). Tallying with the movement, it presents a school of artistry that has been shaped by time — through individual experiences and social events — and distinctively marked by the capricious forms and precise reflections of the unconscious mind.

The show is a walk through the socio-political connotations of Avoseh easily identified for his style of fusing collage and painting techniques to create dissimilar forms layered in a complex manner to the hasty yet measured brushstrokes of Elizabeth Ekpetorson who logs time and allows its resulting elements such as emotions and reactions fuel her artistic production.

It is almost always a prerequisite in many art shows to create a concept that introduces a completely fresh meaning and sense to a collection. The exhibition, The Persistence of Time theorises the influence of time in artistic innovation. This is reflected in the interconnectedness of the 28 randomly selected and displayed artworks by six artists who have independently produced each body of work at different times (dating from 2017 to 2021). It also realises other sub-themes totalled as creative inspirations and range from sociopolitical influences to identity that indicate the actuality — accurately serving as a repository where evidence of the now will be stored for posterity.

Established in November 2020 by Onomen “Nomzky” Onohi, a familiar name amongst the Nigerian music scene as well as an avid collector of art, this exhibition will be the first in the Artpedia gallery space, officially launching it into the art community and sector. The Persistence of Time is curated by Lagos-based curator, Kennii Ekundayo.