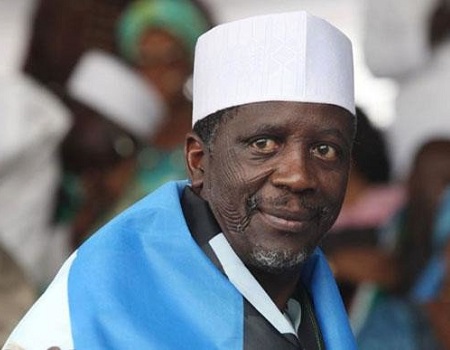 A former governor of Sokoto State, Alhaji Attahiru Dalhatu Bafarawa, who was last year discharged and acquitted of corruption charges preferred against him by the EFCC, yesterday submitted a counter-petition against his successor, Senator Aliyu Magatakarda Wamakko, at the zonal office of the anti-graft agency just established in Sokoto.

Submitting the petition to the Zonal Head of EFCC, Ahmed Lateef, the former governor stated that the case should be revisited so that Wamakko would be compelled to account for the money totalling about N13 billion which he left behind when he finished his tenure.

According to him, the amount included N11.8 billion he left in the coffers of the state government, N500 million belonging to the Maccido Institute for Qur’an and General Studies and iron rods worth over N1 billion.

He said that his business suffered and that he lost a lot of money during the trial which lasted about eleven years.

He explained that since Senator Wamakko no longer enjoyed immunity just like himself, the EFCC should investigate his petition to ascertain the truth of the matter and clear his name once and for all, adding that he was in possession of all the documentary evidence.

Bafarawa said that he was encouraged to file the petition by his acquittal and discharge and that he had always been part of the fight against corruption as he insisted on state governors giving an account of their federal allocations.

Receiving the petition, the EFCC Zonal Head assured Bafarawa that the petition which he listed as number 001, would be thoroughly investigated in order to ensure that justice is done at the end of the day.