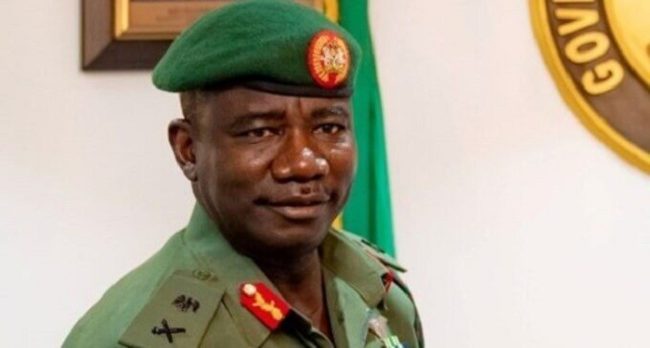 The General Officer Commanding (GOC), 6 Division of the Nigerian Army, Port Harcourt, Rivers State, Major General Olubunmi Irefin, who died of COVID-19 during the Chief of Army Staff conference in Abuja, just did the final burial ceremony of his mum two weeks ago.

Although there was yet to be official confirmation of his death from the military authorities, but impeccable military sources disclosed to Tribune Online that the General died shortly after he contracted the disease.

General Irefin, who arrived for the conference on Monday morning did not show any sign of illness but after the second day of the conference, he was said to have disclosed to his colleagues that he was no longer feeling well, a situation that necessitated him to leave the conference for the hospital. 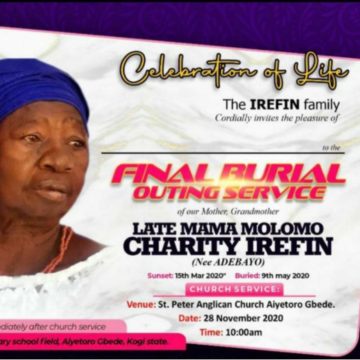 However, information at our disposal indicated that the General only on November 28 did the final burial ceremony of his mum, Mrs Molomo Charity Irefin, who died on March 19, 2020 and was buried on May 9, 2020 without much funfair apparently due to the protocol on COVID-19 restriction in the country.

According to information at Tribune Online’s disposal, the Aiyetoro Gede born Army officer did the final burial ceremony of the mother’s death with a church service at the St Peter’s Anglican Church, Aiyetoro Gbede while reception, which was attended by dignitaries from all walks of life was held at a primary school field in the same community.

Amotekun security outfit will take off soon in Ogun ― Oluomo