Latest NewsMetro
By Tribune Online On May 27, 2020 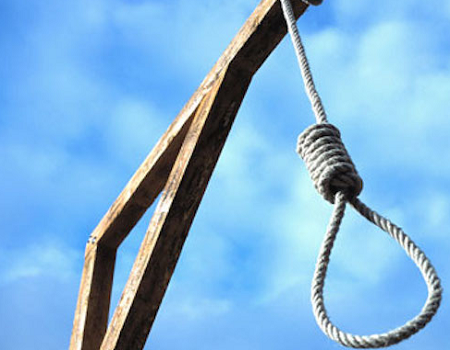 An Osun High Court on Wednesday sentenced two persons to death by hanging for armed robbery and conspiracy.

The Presiding Judge, Justice Jide Falola, had ordered that the convicts be hanged due to the magnitude of the offence committed.

The convicts are facing a five-count charge bordering on armed robbery, conspiracy and theft preferred against them.

The News Agency of Nigeria (NAN) reports that the judgement was delivered at the Ilesa Correctional Center during the Prison visit of the Osun Chief Judge, Justice Adeleke Ojo.

Falola had earlier found the convicts guilty of the five-count charges after thorough judicial proceeding and arguments from the counsel.

The State Prosecution Counsel, Mr Muyiwa Ogunleye, had told the court that the convicts committed the offence on April 14, 2016, at Oke-Ola area, at about 8 p.m.

He said the convicts conspired among themselves with others, now at large, to rob  Muideen Owonifari, Clement Taiwo and Olubunmi of their property and money.

“The convicts who had a list of their targets normally tick the list once their target is taken off from investigation.

“They robbed, assaulted and also stole some valuables and a huge amount of money belonging to the complainants at gunpoint,” he said.

The defence counsel, Mr L. S Bello, had earlier prayed the court to temper justice with mercy in sentencing the accused.