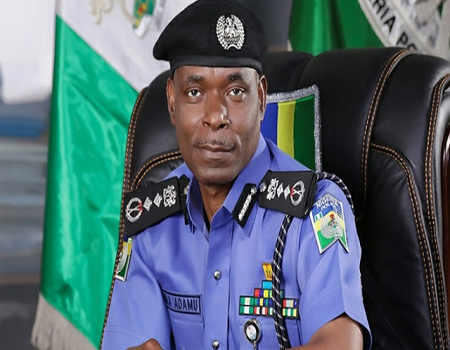 THE Jigawa state police commissioner, Usman Sule Gwamna had sent police officers to take over the state headquarters of the All Progressives Congress (APC).

Reports from the state indicated that three trucks filled with armed anti-riot police blocked all the streets leading to the state’s party Secretariat, while dozens of other officers in uniform and some in mufti were stationed inside the building and at the entrance.

When contacted on his mobile phone the Jigawa state command’s police public relations officer, SP Abdu Jinjir said: “We got an intelligent report that there is a serious misunderstanding in the Secretariat”.

“Getting this information we quickly sent our men to ensure peace and security in the area. And the place in camped now”, PPRO emphasis.

It would be recalled that the embattled state APC acting chairman Alhaji Habibi Sara was alleged to have fallen out of favours with the governor that led to the announcement of his suspension by the party.

Meanwhile, the erstwhile suspended party chairman declared to newsmen that his suspension is null and void citing that the party constitution was not followed before the action was taken against him.
​
There was an insinuation that the suspension of the APC acting chairman may not have been unconnected with politics of 2023 were he was alleged to be rooting for a particular candidate for the governorship elections.

He was also alleged to have been a snitch by revealing sensitive and top party strategies to those people he was accused of fronting for.
.
The state public relations officer of the party​ Alhaji Nasuru Jahun who confirmed the suspension of Alhaji Habibi Sara told our reporter that the caucus and top party officials are currently holding meetings and would address the press later.