Entertainment
By Adam Mosadioluwa On Dec 7, 2022 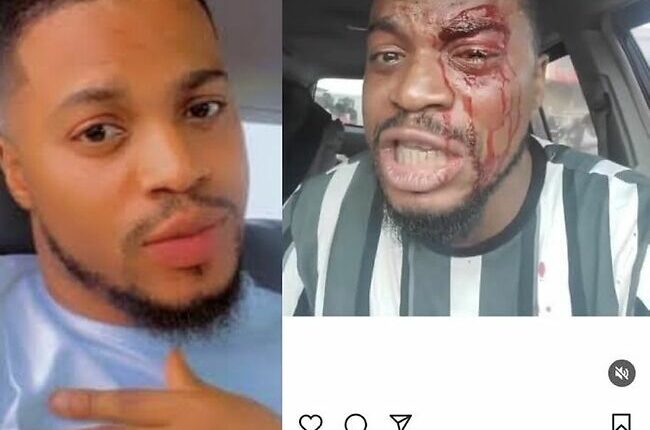 This was made known by his colleague, Wumi Toriola, who raised the alarm over the mistreatment meted out on him while filming at Sawmill, Gbagada in Lagos.

Taking to her verified Instagram page to share a disturbing video of the actor with bloody eyes, she lamented the development and appealed to well-meaning Nigerians to come to their rescue.

Sharing the latest developments about the ugly incident on Wednesday morning, Veteran Nollywood actor, Adebayo Salami, popularly known as Oga Bello, disclosed that the culprits have been apprehended by the officers of the law.

According to him, the act is totally condemnable, unacceptable, and should not be allowed to be swept under the carpet. He also charged the Theatre Arts and Motion Pictures Practitioners Association of Nigeria, TAMPAN to rise to the occasion and look into the matter.

He wrote, “This is an unacceptable experience. Though I am glad to know that the culprit has been apprehended by officers of the law, I enjoin the leadership of @tampanglobal to look into this situation as a matter of urgency.

“The safety and security of filmmakers are paramount to us. Beyond the physical assault, losing a day of production means more money has to be spent above the budgeted funds. No filmmaker wants to go through such stress. So sorry @iamakeemadeyemi and other production members.”

This is however not the first time filmmakers in Nigeria would be harassed by area boys. Recall that Nigerian Tribune had earlier this year reported how veteran Nollywood actor, Taiwo Hassan, better known as Ogogo was captured fighting in public with a street boy who demanded a certain amount of money before he could let the actor go.

Gunmen kill one, abduct corps member, seven others in Abuja