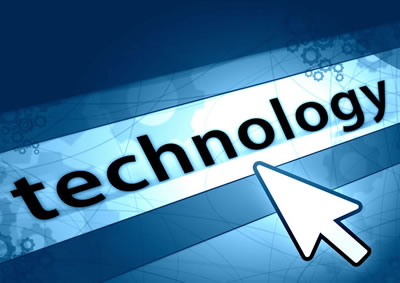 The global cosmetics market standing at $460 billion in 2014 and estimated to reach $675 billion by 2020 growing at a rate of 6.4 per cent, according to an NPD Group report, provides a great opportunity for African tech start-ups, reports have shown.

And with major international players such as L’Oreal’s, Procter & Gamble’s and Unilever’s expansionist strategies to capture the beauty and personal care market in Africa, the continent’s beauty market is expected to be worth $13.2 billion in 2017, according to reports. In fact, reports have it that the continent’s beauty market could double over the next decade, with a projected annual growth rate of five to 10 per cent in the sales of beauty and personal care products.

With the projection that African middle class will grow to 1.1 billion by the year 2060, it is expected that the continent will record a significant growth in the industry, as “population growth, increasing consumer awareness and lifestyle changes due to urbanisation are boosting demand for beauty and personal care” in Africa, according to Euromonitor International. Algeria, alongside other African countries are already experiencing this.

Also, with “increasing numbers of women joining the workforce means more economically independent female consumers,” thus, Africa will experience a surge in demand for beauty and personal care products. Couple with the fact that the “beauty industry is known to be resistant to economic downturns – even faring well during the Great Recession of 2008” according to franchisehelp.com, the beauty industry is certainly expanding.

A guide look at the global market revealed the enormous potential of the cosmetic market. For instance, a 2005 report by the Ullmann’s Encyclopedia of Industrial Chemistry put the market volume of the cosmetics industry in the US, Europe, and Japan at about €70b per year, while the United States’ cosmetic industry’s size was put at $42.8 billion in 2008 by Pell Research in its Cosmetics Manufacturing Report.

According to a May 2007 data by Eurostaf, the worldwide cosmetics and perfume industry generates an estimated annual turnover of $170 billion, with Europe being the leading market, representing approximately €63 billion. United Kingdom’s beauty industry is worth £17 billion, a Raconteur’s The Beauty Economy 2015 report says, estimating that UK beauty consumers spent an average of £342.90 (record high) on beauty and skincare last year.

Why I have decided to leave medical practice for football

Cosmetics sales in France for instance reached €6.5 billion in 2006, according to Fédération des Industries de la Parfumerie (FIPAR), the French federation for the perfume industry report, while Germany’s cosmetic industry, according to reports, generated €12.6 billion of retail sales in 2008, which makes the German cosmetic industry the third largest in the world.

Data continue to show cosmetic industry enormous potential and strength, as well as unlimited opportunities in the industry. A 2007 estimate shows that Italy’s cosmetics industry, dominated by hair and body products which make up approximately 30 per cent of the market, reached €9 billion. Italy, hair and body products make up.

In the United States alone, data from the Bureau of Labor Statistics, showed are nearly one million people are employed in the primary service segments of the market. However one slices it, a number of trends within the industry that will continue to drive growth and revenue in Africa’s emerging market.

As products and services target teeming Africa’s young population, the babies, as well as the ageing population, provide an immense opportunity for those interested in entering the market, Damilola Sanmi-Ogundele a beauty therapist in Lagos told Entrepreneurship+.

According to her, as more African mother experience finance independence, the demand for premium products for proper skin protection for their children begins to escalate.

Where do the tech start-ups come in?

Very recently, beauty companies like L’Oréal and Unilever, among other launched try-on apps and an extensive social media campaign. However, as Euromonitor highlighted in its blog post, the “potential of technology in beauty is still at a nascent stage.” But, the good news is, as consumers embrace technology in their everyday lives, beauty companies “will start to put technology at the centre of their core strategy, making it an intrinsic part of the product,” Euromonitor said.

Ekweremadu and the military intervention speech