Real EstateProperty and Environment
By Dayo Ayeyemi  |Lagos On Jul 20, 2021 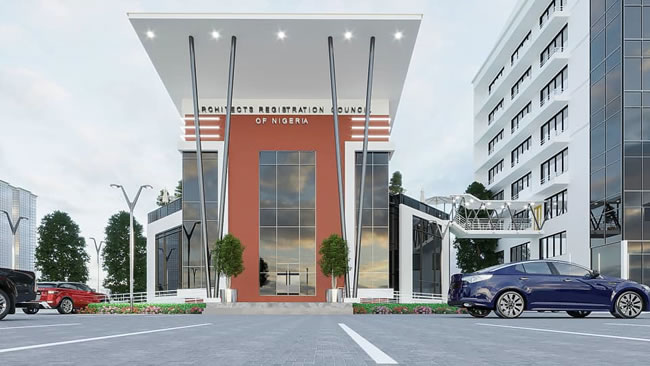 Disclosing this during a licensure ceremony of 141 architects, 14 architectural technologists and 22 architectural firms in Abuja, ARCON President, Sir Oladipupo Ajayi, said the body has been working to increase the number of Nigerian architects as well as enhancing the study of architecture in Nigeria and beyond.

Speaking to the inductees, Ajayi, who noted that the council, established in 1969, among other things was set up to regulate the training and practice of the architectural profession in all ramifications, adding that, its duties were covered  by the Architects (Registration, Etc.) Act A19 Laws of the Federation of Nigeria 2004.

The president,  who noted that architecture is wide, hence, the management has not only gotten the National Universities Commission’s (NUC) to upgrade all departments of architecture in Nigerian tertiary institutions to faculty, but it was already putting finishing touches to the proposed new curriculum.

He said, ARCON has chosen seasoned scholars and professors to work on the new curriculum and they are at the concluding stage and soon, the report will be submitted to NUC.

Ajayi hinted that the new curriculum, if approved by NUC, will lead to unbundling architecture programs and that will encourage more depth in architecture study in Nigeria.

He said the registration council was already sensitising other stakeholders towards achieving the new proposal.

The president, who expressed satisfaction for registered architects in the last three years, charged the inductees to assert themselves by thinking outside the box to do things in different ways.

He urged them to define their pursuit and carefully choose a path of career even in architecture, saying no architect in Nigeria should be poor for whatever reason.

“We are the leader of the industry.  Do things that will make your client ask for more service? Have a dream for yourself and passionately pursue your vision. Avoid distraction and be focused”, he counseled.

The vice president, Shamsuna Ahmed, called on Nigerian architects to be decent in their appearance and diversify; saying architects can do so many other things alongside architecture practice.

“Architects must be decent and appear honourably at all times. Also, there’s a need for Nigerian architects, especially the upcoming ones to be ahead on diversification. To do this successfully, you need to develop entrepreneurial spirit”, saying there are numerous opportunities they can explore.

He said that the initiative, among others, will boost the quality of their professional service and protect the field of architecture, which has been infiltrated by quacks.

Murnai said, although ARCON has been engaging several stakeholders, including those in public and private practice, asked Nigerian architects to see to the domestication of the initiative in their respective state.

He said that while APRN is in full force in Abuja, ARCON has opened talks with Lagos,  Rivers, Kaduna, Kano and others, adding  he was hopeful that the initiative will soon be in force in other states.

“In Abuja, you can’t do any building project without APRN.  We are opening new frontiers on the initiative in other states and we are hopeful that, very soon, more states will adopt APRN.”

According to him, “APRN is also to eliminate quackery and erosion of standard of architectural practice. So, we all have to be the vanguard of this initiative.”

Former Chairman, Nigerian Institute of Architects (NIA), Lagos State chapter , Ladi Lewis, urged the inductees to at all times, keep to the professions code of ethics.

“You must be honest, impartial and transparent in all your dealings. Avoid making deceptive claims and misleading your clients.  Be careful not to affix your stamp, seal and signature on any document or project you’re not sure of.

This, according to him, could be regarded as misconduct, if it’s established such an act was done with fraudulent intent.

“Don’t be found to be involved in any financial misconduct; be fair both to your client and the contractor on all projects.

‘Respect copyright laws and make sure you’re not found breaking the law. Don’t supplant your professional colleagues,” he charged.