Architect Petitions Commissioner of Police over assault, intimidation in Ondo 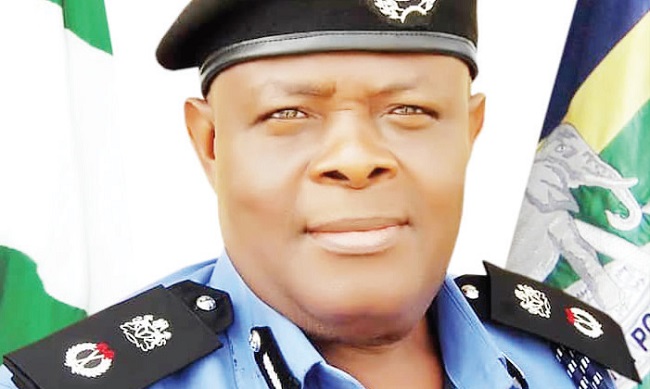 An Ondo -based Architect, Adewale Adeleke, has petitioned the State Commissioner of Police, Mr Bolaji Salami, over what he described as harassment, intimidation, assault and false imprisonment by the men of the Ondo State Security Agency known as Amotekun Corps.

Adeleke, in a petition personally signed by him, alleged the Commandant of the Amotekun Corps in the state, Adeleye of harassing and intimidating while the Amotekun corps were on patrol within the state capital, Akure.

The petitioner explained that he was assaulted, harassed and illegally delayed by the men of the security outfit who claimed to be on security patrol.

But the Amotekun corps, through its Commandant, Adetunji Adeleye, denied harassing or assaulting the petitioner, describing the allegations by Adeleke as a mere blackmail to paint the security outfit black before the people of the state

However, Adeleke maintained in his petition that he was intimidated by the Amotekun officials, explaining that, “I was returning home on Sunday, November 15, 2020, when I noticed three vehicles emerge with speed apparently from the Alagbaka Government Residential quarter side road.

“The lead vehicle, a utility vehicle, crossed the road to my side of the road, the Office of the Governor bound road, occupying the far right lane facing the Oda Road roundabout.

“The second vehicle following the first was positioned such that part of its rear end was blocking half of my side of the road, making it impossible for me to proceed.

“I came to a stop. Since the lead vehicle and the second vehicle were now both positioned against the normal direction of traffic, I rolled down my front passenger side window, and said out loud to the occupants in the lead vehicle, “what’s going on. Why should you people be disobeying the law by driving against the direction of traffic. You people are Amotekun, why are you behaving like SARS.”

“I had barely finished making my observation before a man, who much later I came to find out was the commandant of Amotekun in the state, a Mr. Adeleye stormed out of the lead vehicle, followed by as many as ten of his crews, some with guns drawn.

“Mr Adeleye came to my side and made many attempts to open my car but my door was locked. I noticed that he was intent on forcing his way through my door to the vehicle, and with his gun-totting assistants displaying a menacing look, I cracked my window a little open to avoid him and his team breaking forcefully into my vehicle”

He stated further that his vehicle tyres were deflated by the Amotekun officials because he wanted to know why they were driving against the normal flow of traffic and for refusing to tender his vehicle documents.

He said “a number of members of the public stopped by to mediate between us but he said he must search my vehicle, which he did, and he insisted on holding on to my vehicle documents because according to him, he is not satisfied that the vehicle is not stolen or that I am the rightful owner.

The petitioner however said “I am by this petition requesting Mr. Commissioner to please investigate this matter, secure the retrieval of my vehicle documents from Mr. Adeleye, and return same to me, and any other act that may aid the cause of justice.

But Adeleye denied the allegation and said the petitioner was economical with the truth, saying he was never assaulted, harassed or molested by the Amotekun corps.

He however said the petitioner through his actions allowed some commercial motorcycle riders who are operating at odd hours against state government directives to evade arrest.

He said his men were on duty to enforce the state government directives which barred commercial motorcycle riders from operating after 6 pm in the state.

Adeleye said the officials of the security outfit never harassed or assaulted the petitioner but only requested for his identity after causing distraction and allow the motorcyclist rider to evade arrest for operating at an odd hour.

Former Ekiti state governor, Mr Ayodele Fayose, has congratulated Edo State governor, Godwin Obaseki, on his victory during last Saturday’s governorship poll, calling on him not to return to the All Progressives Congress (APC).Architect Petitions Commissioner