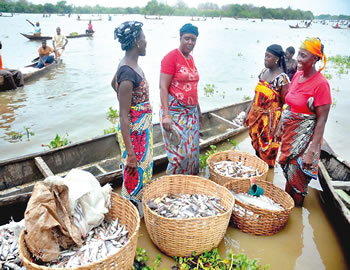 IN a bid to boost fish export, fish farmers in the country were on Friday in Lagos urged to scale up Tilapia farming.

Aquaculture experts told the News Agency of Nigeria (NAN) that mass production of Tilapia would help to meet the ever-increasing demands for Tilapia in Europe and the U.S.

A consultant and manager of Premium Aquaculture, Mr Raju Govin, an Indian, said the demand for Tilapia globally was on the increase, stressing the need to boost local production.

“Tilapia is an African fish but is being cultured worldwide.

“Currently, the U.S. is the major consumer of Tilapia and the demand for it is ever increasing,” he told NAN.

Govin said there was the need to step up awareness on the export potential of Tilapia, though catfish remains a staple in Nigeria.

“We are trying to create awareness for Tilapia, fresh fish is better than frozen fish.”

Also, Mr Adedeji Abiodun, the National Secretary, Tilapia Aquaculture Developers Association of Nigeria (TADAN), harped on the need for a re-orientation of the local fish farmers about the benefits of Tilapia production.

He said:“There is an over-concentration on catfish production.

“We are embarking on the re-orientation of local fish farmers on the need for Tilapia production.

“Federal and state governments can key into our efforts in view of economic diversification effort.”

Abiodun, who is also a food biologist, pointed out that the production of Tilapia was cost effective and more beneficial to the fish farmers.

“Tilapia reduces the cost of fish production as Tilapia does not depend fully on feeds which constitute 70 percent of the cost in culturing the catfish.

“Tilapia is herbivorous and can feed on maize and soya beans.

“I know the Federal Government is doing a lot in the Agric sector, but there is more to be done especially in fish farming and fish export,” the TADAN scribe said.

For Mr Tolu Ogunnaike, a small-scale catfish farmer, who is aware of the export potential of Tilapia, said he would rather continue breeding catfish because of its immediate market value.

“I do not culture Tilapia as a young entrepreneur because the Nigerian market is not enlightened enough to go for it.

“The export market is a good opportunity, but only if we can get direct access to the foreign market.”