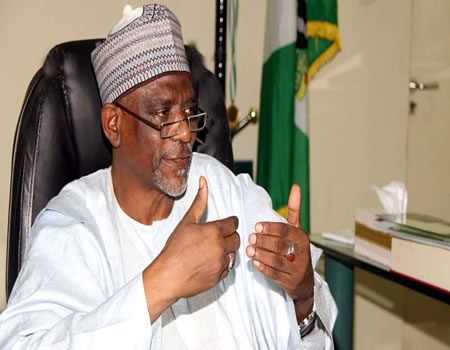 Education is the catalyst for development in any country. It should be one of the objectives of prior importance and no country can rise above the quality of education it provides.  Since the future development of a country is tied to her youths, government at all levels must make the right investment in education. A country should strive to nurture a system whose products would competently compete with their counterparts in the rest of the world.

But sadly, education in Nigeria is besieged by myriads of problems and it is a known fact that it is in dire need for revamping. This repulsive state of the country’s education has been attributed to a number of factors including poor funding, poor remuneration of teachers, low quality teaching personnel, poor infrastructure, absence of dedicated practitioners etc.

For a meaningful development to take place in the country, there is a need to rebuild the education sector with cedars of academic excellence and the starting point is the annual budget.

The annual budget should mirror the education sector at all times but this has not been done with respect to the 2019 budget.  In 2017, the country budgeted N398billion for on education while the 2019 budgetary provision for the education sector is N620.5billion. This represents 7.05 per cent of the entire budget of N8.83 trillion presented by the president, and has a marginal increase over the total compared to N6.05.86billion budgeted for the sector in 2018, for a country with about 10.5 million out-of-school children.

There is no short cut to improving the education sector.  It requires adequate resources, consistent policy and sustained diligence to alter the decay in the sector. The Organisation for Economic Co-operation and Development (OECD) conducts a Programme for International Students Assessment (PILSA) which is a worldwide study intended to evaluate educational systems by examining 15-year-old students school in the field of math, reading and science in 72 countries.  The PISA 2015 results which were presented on December 6, 2016 put Singapore in first place in all the three fields.

Singapore got her independence in 1965 and has had a consistent education policy sustained over decades.  There is need for a heavy investment in education and people are her greatest resources. The average Singaporean student is 10 months ahead in English and 20 months ahead in Math, of students of other first world countries.

The level of funding of the educational sector has been acknowledged as one of the major factors that contribute to quality education. This in turn dictates growth and development of a country. It has also been discovered that quality education determines the success in achieving the sustainable development goals (SDGS). The 2019 budgetary provision for education in Nigeria shows no indication that the government recognises the vital role of education in national development.

The N620.5 billion provided for the sector represents 7.05 per cent of the entire budget of N8.93 trillion, which is far lower than the United Nations Educational Scientific and Cultural Organisation (UNESCO) recommendation of 15 – 20 per cent provision for education out of the national budget. In the last 40 years, government funding of the education sector in Nigeria has varied between 6 and 9 per cent of the national budget, which clearly indicates that Nigeria has never achieved the 15-20 per cent recommendation by UNESCO.

In UNESCO’s 2000 – 2015 Education for All (EFA): Achievements and Challenges Report, the UN organ had recommended that 15 to 20 per cent should be allocated to education in the national budget of developing countries. Part of the report reads: “In 2006, the high-level group on EFA proposed that government should spend between four per cent and six per cent of GNP on education and that within government budgets, between 15 to 20 percent should be earmarked for education.”

In 1993, the E-9 initiative which is a consortium of nine most populous countries of the South was put in place following the world conference on EFA in Jomtien, Thailand in 1990.  The ‘E’ studies for education and the ‘9’ signifies nine countries which house the world’s most population as well as almost most of the world’s out- of- school children and two-thirds of the world’s illiterates.  These countries are Bangladesh, Brazil, China, Egypt, India, Indonesia, Mexico, Nigeria and Pakistan.  Among these countries only Nigeria allocates less than 20 percent of its annual budget to education.  Even Ghana in the last 10 years has never budgeted less than 20 percent for education.  Indeed, even among Sub-Sahara African countries we are trailing far behind small and less-endowed nations in terms of our investment in education.

At Independence, 59 years ago, Nigeria had only two tertiary institutions. These were Yaba Higher College founded in 1934 now Yaba College of Technology and University College of London now known as the University of Ibadan which was founded in 1948.  After independence in 1960, all Nigerian states were determined to make education obtainable at all levels.  This objective and population growth led to a significant increase in the number of tertiary institutions in Nigeria.

It is lucid that the budget allocation cannot do justice to the needs of these institutions.  If Nigeria is going to join the league of industrialised countries, it needs to fund the higher education sector adequately. It needs to invest in research, teaching personnel, infrastructural facilities and national development.  Funding cannot be over-emphasised although it might not be the solution to all the problems in the sector.  Paying teaching personnel their well-deserved salaries will help in the journey of restoring the education sector to its lost glory.

Another critical issue in the area of education is the minimum wage of lecturers in federal universities. Wages and salaries play important roles in determining productivity and growth in developing countries such as Nigeria.  Money possesses significant motivating power. It could be used as a propelling force to attract individuals towards higher performance.  Most of the salaries of federal university lecturers are below sustenance level and may not be able to take care of their needs and that of their families, which is why most of them prefer to teach in private universities or carry out researches that will pay off handsomely.

Since education is seen as a requisite for development and since no nation can develop above its educational system, it becomes not only important but also exigent to find solutions to the problem of the declining resource allocation to the educational sector.  One of the solutions is the need for efficient supervision and management of funds presently being allocated to the sector. Efforts should be intensified to ameliorate what is currently being allocated to the system.

Another solution is for the government to deliberately invest in the education sector even though the system is expensive to keep afloat.  However, nothing of great impact comes cheap and no great feat can be achieved without efforts.  Funds are needed to keep in existence both the material and human resources of the educational system in order to achieve the desired results.

Upon Arrest … Yes, You Still Have A Right!