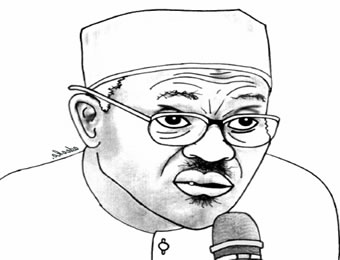 President Muhammadu Buhari took over the mantle of leadership of the Federal Republic of Nigeria for his second tenure on May 29, 2019 when the Nigerian Police Force was faced with a serious credibility crisis especially in its relationship with ordinary Nigerians due mainly to dwindling economy and paucity of funds. With rising cases of violent crimes such as armed robbery, kidnapping, banditry, cultism, rape among others, the police was seen in the eyes of many Nigerians as not only to have failed in its main function of protecting lives and property but also to have compromised with perpetrators of such heinous crimes. The situation became so devastating that Nigerians from community to state level opted for vigilante groups in various names and forms to ensure safety of lives and property believing that time has come for them to take their safety in their own hands instead of waiting for the police force that was perceived by many as incoherent at that time. Worried by the insecurity situation in the country then, a members of the House of Representatives, Hon. Yusuf Gagdi representing Panshin/Kanke/Kanam Federal Constituency of Plateau state sponsored a Bill titled “An Act to Repeal the Police Act CAP. P19 Laws of the Federal Republic of Nigeria, 2004 and Enact Nigeria Police Bill, 2020 for the Framework for the Police And Ensure Partnership between the Police and Host Communities in maintaining Peace, Combating Crime, Protecting Life and Property and for Related Matters.”

The objectives of the Bill include but not limited to – Provide for a Police Force that is more responsive to the need of the general public and has entrenched in its operations the value of fairness, justice and equity. Reposition the Police Force to uphold and safeguard the fundamental rights of every person in Nigeria in its operations. Bring about a positive change in the public perception of the Nigeria Police Force by ensuring that its functions are performed in a manner sensitive to the needs and well-being of the general public. Empower the Police Force to effectively prevent crimes without threatening the liberty and privacy of persons in Nigeria. Strengthen the Police Force in the performance of its functions including safety and security of persons, communities and property in Nigeria among others. Part III of the Police Bill, 2020 provides that the Inspector General of Police shall be the head of the Nigeria Police Force and shall exercise full command and operational control over the police and its departments/units.

It also provides that the person to be appointed as Inspector General of Police shall be a Senior Police Officer not below the rank of Assistant Inspector General of Police with the requisite academic qualifications of not less than first degree or its equivalent in addition to professional and managerial experience and that the person appointed to the office of the Inspector General of Police shall hold office for four (4) years subject to the position of clause 8(18) of the Bill. Other provisions of the Police Bill, 2020 complement the Administration of Criminal Justice Act, 2015, codify the Police Complaints Response Unit, provides for mandatory training of officers, as well as a Police Reward Fund. In addition, it promotes the set-up of community policing structures nationwide, a topic that has been on the front burner of the country’s security architecture in recent times. The Act has improved checks on police powers to ensure the protection of human rights.

Excited by the provisions of the Bill all geared towards a better policing system that would ensure safety of lives and property of all persons in Nigeria, erase the perception of Nigerians about the Nigeria Police Force and restore the confidence of Nigerians to the capability of the force to fight crime and criminality, President Muhammadu Buhari on Wednesday September 16, 2020 signed into law the Police Bill, 2020 to the delight of all especially members of the National Assembly. It will be recalled that the Bill that was passed by both chambers of the National Assembly in July 2020 and awaited Presidential assent for about two months replaces its 1943 colonial antecedent that has regulated the Nigeria Police Force for 77 years with several provisions becoming obsolete over time. Since he signed the Bill into law, stakeholders in the security circle have praised the President to high heavens for his courage as they observed that there had been efforts to review the Police Act since 2004, with slow progress recorded over the years. They further observed that the current initiative which culminated in the National Assembly passing the Police Bill and President Buhari signing it into law is the first time ever that a comprehensive legislative review of the Police Act has been undertaken since its original enactment in 1943. The amendment of the Police Bill, 2020 did not however come on a platter of gold as it required investment of enormous resources, time and energy by civil society working together with multiple stakeholders such as the Police leadership, Ministry of Police Affairs and development partners to come into fruition. Signing of the Bill into law has started yielding results as drawing powers from the Bill, the President promised “extensive police reforms”.

Also relying on the provisions of the Police Bill, 2020 President Buhari last year announced the disbandment of the Special Anti-Robbery Squad police unit known as SARS assuring Nigerians that he would like to bequeath to the country a modernised and motivated Police Force. “My vision is to bequeath to our nation a legacy of a reformed, modernised, fully-equipped, highly-motivated, and citizens-focused Police Force that is re-oriented to the virtues of professionalism, respect for rule of law, due process and best international practices in their operations. It is in cognisance of this that I approved the re-adjustment of Police emoluments as well as the recruitment of 10,000 extra police personnel on an annual basis to motivate and enhance the manpower of the Force.

“It is also in this regard that I assented to the Police Trust Fund Bill to act as a public-private funding framework that will address funding shortages for the Police on a sustainable basis”, he stated. President Buhari, who acknowledged the funding challenge facing the Force, pledged that the Federal Government will continue to enhance funding as well as work towards meeting manpower requirements and welfare needs of the Force. He noted that the full commencement of the “Nigeria Police Trust Fund will further assist in meeting the operational and logistics requirements of the Force,” adding that to “give immediate effect to the Police Trust Fund Act, I have directed the Minister of Police Affairs to fast track the process of its take-off.” However, notwithstanding the achievements so far recorded by the Force, President Buhari charged its leadership to “avoid complacency in the efforts towards ridding the country of crimes.” He enjoined the leadership of the Force “to continue to give new orientation to officers of the Force such that they can appreciate the virtues of policing with civility and within the dictates of the law and ensure that the institution regains its position of confidence and respect from Nigerians.” On efforts to reform the police, the outgoing IGP Muhammed Adamu must also be commended for his relentless efforts to ensure that like Mr. President, he bequeath to the country a well motivated Police Force that Nigerians at home and in the Diaspora would be proud of.

IGP Adamu has been a morale boaster to police personnel in the fight against criminality in the country with series of reforms under his leadership that have injected professionalism and productivity among officers and men of the force in anticipation of a 21st century compliant Nigeria Police Force the country deserves. Stakeholders recently observed that the morale of the officers and men of the Nigeria Police Force remained all time high which was made possible by the visionary and dynamic leadership style of Adamu. Our appeal here is that as the incumbent IGP plans his exist from the Police Force in no distant time, President Buhari should apply wisdom, equity and justice in appointing his replacement to ensure continuity in the ongoing police reform. He should ensure that the appointment of an IGP is properly zoned this time around with particular reference to the South-South zone which has been lagging behind in such appointments in the Nigerian Police despite having eminent men that are qualified for the position.