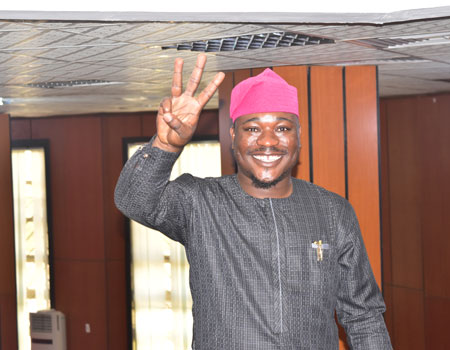 APPEAL Court on Wednesday dismissed the appeal filed against the election of Honourable Olasunkanmi Babalola of the Peoples Democratic Party (PDP) for Oyo Egbeda State Constituency.

According to Okonkwo, The court suspended the appeal case because it did not find anything suspicious in the election.

Speaking after the victory, Babalola, who is the Deputy Majority leader of the Oyo Assembly said he is happy for the outcome of the Appeal.

He said the outcome would further strengthen him to focus more on the development of Egbeda State Constituency while he urged Honourable Usman to accept the outcome in good faith.

He further maintained: “I’m very happy for another victory and I want to thank the good people of Egbeda and Oyo State in general for their support.

“I want to appeal to Honourable Usman, to accept the outcome of the election in good faith. He’s my friend, he should join hands together with me for the progress of Egbeda and Oyo State at large.”