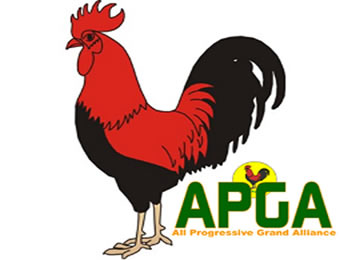 The Anambra State chapter of the All Progressives Grand Alliance, (APGA), has celebrated the eighty-seventh posthumous birthday of Dim Chukwuemeka Odumegwu Ojukwu, with a call on Ndigbo to uphold his legacies.

Tribune Online gathered that the late Chukwuemeka Odumegwu Ojukwu who was a Nigerian Military officer and politician served as the military governor of the Eastern Region of Nigeria in 1966 and a leader of the defunct Republic of Biafra from 1967 to 1970, as well as leader of APGA, died on 26th November 2011.

Speaking to journalists in Awka, on Friday, the Senior Special Assistant to Governor Willie Obiano on Inter-Party Affairs, Chief Ben Obi, described the icon as the Igbo identity and face of the Igbo nation and Nigeria at large, noting that even till death he remains the voice of the people.

Chief Obi, who said that the late Ojukwu was a founding father of APGA, assured that the party will continually celebrate him till the end of the world.

He recalled that late Ojukwu (Ikemba), was one who had compassion for his people, stood against the injustice meted out on the Igbo race and fought with his heart during the Biafran war.

The APGA chieftain advised aspirants wishing to contest for the 2021 Anambra gubernatorial elections to imbibe values that will continually develop the state.