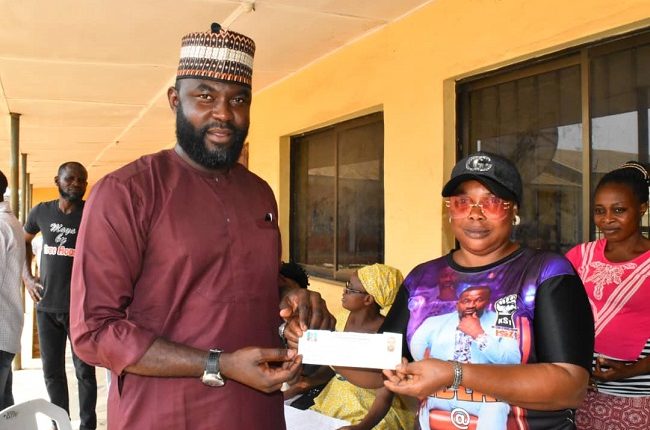 A former member of the House of Representatives, Honourable Saheed Akinade-Fijabi, has expressed optimism that the All Progressives Congress (APC) will rule Oyo State come 2023.

Speaking after revalidating his membership of the APC at his ward 12 unit 31, Odo-Ona, Apata, Ibadan, he charged the people of the state to take advantage of the ongoing membership registration of APC and become members of the party.

Fijabi Urged members of the party to mobilise people who are yet to register to do so, and old party members to re-validate their membership before the closing date.

Fijabi who represented Ibadan South-West and North-West at the National Assembly between 2011 and 2019 said APC has what it takes to reclaim its position ahead of the 2023 elections.

“This exercise is going on peacefully and I think a lot of people have been coming out to register for the party. As you noted, if you want to participate in the running of the country as stated in the constitution, you must definitely be a member of a political party.

“APC is the party to beat, there is a lot of prospect in the party and that is the reason why you see the revalidation. APC is not for one person, it’s for everybody, anybody that believes he wants to join a political party should join the APC.

“We should have it in mind that the reason we are doing this exercise is because of the people.

“Obviously, I definitely see APC taking over Oyo State in 2023, I believe people can see what is happening now in our dear state, definitely, APC is coming back,” Fijabi said.