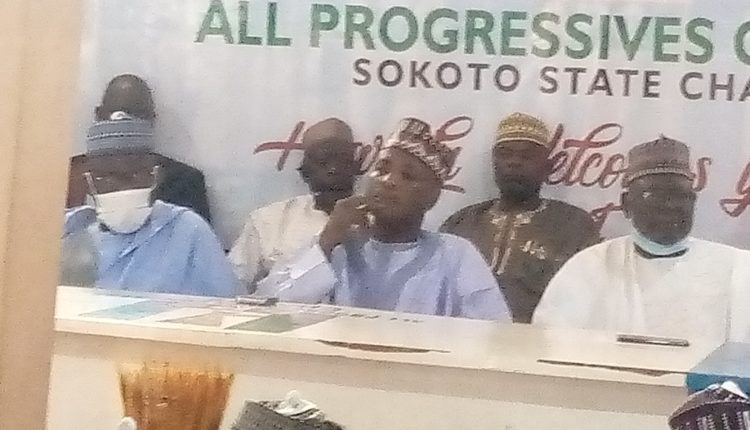 Sokoto State chapter of the All Progressives Congress (APC) has agreed to adopt consensus in the ongoing ward congress of the party.

He said the party in the state agreed on consensus in accordance with the provision of the leadership of the party in Abuja.

He said despite the consensus arrangements by the leadership of the party in the state, “members who felt aggrieved were allowed to obtain form to contest.”

In his remarks, the leader of the delegation from the national headquarters of the party, Alhaji Suleiman Abubakar, commended the leaders of the party in the state for their position on consensus.

He praised the leader of the party in the state, Senator Aliyu Wamakko, for his leadership styles which he said will help the party to regain the seat of power in the state.

Also speaking, Senator Aliyu Wamakko who spoke on behalf of other leaders of the party in the state commends the delegation for a wonderful job.

Other members of the state party present at the meeting includes, Senator Abdullahi Gobir, Minister for Police Affairs, Honourable Maigari Dingiyadi, former gubernatorial candidate of the party in the state, Alhaji Ahmed Aliyu.

They also includes former Minister of Transportation, Yusuf Suleiman, members of House of Representatives as well as caretaker chairmen of the party in all the 23 local governments area of the state.