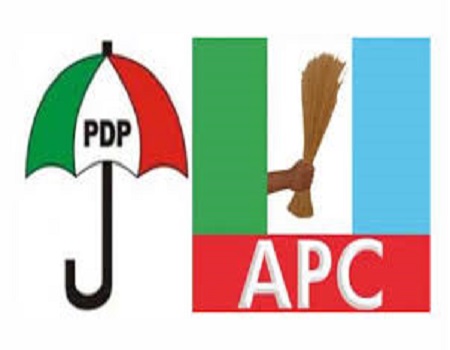 Following the turning of sod of an agro-allied cargo airport in Ado-Ekiti, Ekiti state last weekend, the major opposition party, the People’s Democratic Party (PDP) and the ruling All Progressives Congress (APC) have expressed divergent views about the project.

The state governor, Dr Kayode Fayemi and the minister of Aviation, Senator Hadi Sirika had during the flagging off on Friday said the airport when completed would in no small measure improved the agricultural, tourism and educational potentials of the state.

While PDP said the project was not the expectations of people from the state government, the ruling APC alleged that the opposition party was against the development and growth of the state.

Speaking on Sunday with reporters in Ado-Ekiti, the PDP State Chairman, Chief Gboyega Oguntuwase noted that the airport project was not the immediate need of the people, saying the government should focus on programmes that would enhance the standard of living of the residents.

According to Oguntuwase: “It is a silly approach to economic restructuring. It is crystal clear that Governor Fayemi doesn’t understand the yearnings and plight of the people.

“I wonder when people are suffering and all roads in Ekiti state are in deplorable condition and Fayemi-led government is embarking on the white elephant project. This absolutely showed that APC was insensitive to the plight and yearnings of the people.

“Airport is not the immediate need of the primitive economic realities in Ekiti where young girls are now venturing into prostitution to make ends meet. What are they talking about and how do we answer before God?

“I know If he wants to learn, he will learn, if he wants to know, he will know but this man is only strategising on how to siphon huge money preparatory of his  2023 presidential ambition.”

Ajayi disagreed with the PDP chairman maintaining: “It is high time PDP faced reality and cooperate with Fayemi in moving Ekiti forward rather than playing politics of bitterness at the detriment of the state.

“In the first attempt of Governor Fayemi, we made every attempt to ensure that the construction of the airport was a reality but we could not go ahead because we lost that election in 2014. But we expected PDP under Fayose to take the issue of airport seriously but instead embark on it with the notion to siphon Ekiti money.

“Ekiti people rejected the project because of the idea lack transparency. It would be recalled N10 billion was budgeted for the start of the project but how Fayose squandered the money is still a mirage to Ekiti people.

“But Fayemi has come back now to construct what was an uphill task for Fayose. I think it is high time PDP supported Fayemi to make Ekiti great because in the comity of states, the lost glory of Ekiti is more there and Fayemi is trying to regain it back with all these laudable projects.

“If the project is a ploy to siphon Ekiti money, the federal government, African Development Bank and World Bank would not have supported the project. I believe what PDP did in government is what they are alleging. I challenge them to come out and tell Ekiti people how Fayose spent the N10billion earmarked for the project.”