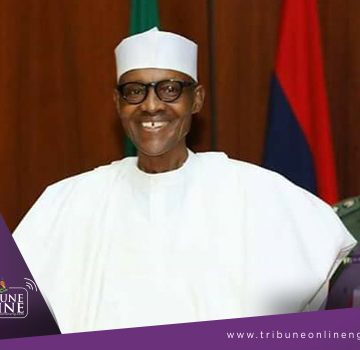 ADAMAWA State Information Commissioner, Ahmad I. Sajoh, has called on the national working committee of the All Progressives Congress (APC) to seize the initiative to showcase the achievements of the Muhammadu Buhari administration.

Sajoh who made the disclosure during an interactive session with newsmen, said the party’s national secretariat needed to do more to regain peoples’ confidence ahead of 2019 general elections.

He noted that unlike the erstwhile ruling party, the Peoples Democratic Party, the APC was not visible in the media.

He said:  “The APC government at the federal level and even at the level in other states can do a lot more to win the confidence of the populace and I want to say this with emphasis that APC visibility isn’t good enough.

Appraising the Buhari administration, the Adamawa Information Commissioner declared that people from North-east zone of the country, who were at the mercy of Boko Haram insurgents before the present administration have cause to laud it to high heavens.

“As far as we are concerned in Adamawa state with the federal government we believe we were elected on the platform of change and we have benefitted from the change because the biggest change is liberating our land from the marauding Boko Haram insurgents.

‘’For us that was a bigger change than any other change. Why? Because we had even lost our humanity, we had lost our citizenship, people had taken over our land, declared a Republic that we didn’t want to belong to, hoisted a flag that we had no allegiance to but today we are back.

“Two years ago we started having bombings in Yola. Today it is exactly a year without any bombing in Yola or anywhere. For us the change was for us to regain back our peace and security so that we can engage in our production activity.

“The recession came at the wrong time. At a time when food production had dwindled, production activities were not available and for someone who is looking for food, looking for rent, looking for school fees if you tell him that I have liberated the North East and he is not from the North -East and he doesn’t understand it you can understand him but for us the change is positive and the change is good but APC can do a lot more at the federal level, that I can tell you.”

He equally commended the anti-corruption crusade of the present administration, as he submitted that “corruption was seen as a normal thing in life but now the APC at federal level had elevated corruption to a subject of public discourse. ‘’Whether you support the methodology or not, whether you feel the judiciary is helping or not but at least corruption is an issue for national discourse and because we are discussing corruption eventually we will be able to tackle corruption effectively.”

Honourable Sajoh also dismissed insinuation that the Adamawa governor, Jibrilla Bindow was no longer popular, as he alleged that certain individuals who were used to sharing public funds under previous administrations were behind the plot to paint   the Adamawa state governor   in bad light.

“Anybody that thinks our popularity is nose diving should wait till we come to election then he would see that he has no space.

“In the past, yes one opinion leader in one community is responsible for determining how people vote, one traditional ruler sitting in his parlour will determine how his subjects will vote but we are no longer in that era.

‘’Where we are today is in the era of where people are liberated, they want to see what you are doing for them, we have provided services.”

NCDMB not in competition with NDDC —NDIMRC

Nigerian leaders must work to bridge division in country ―Cleric