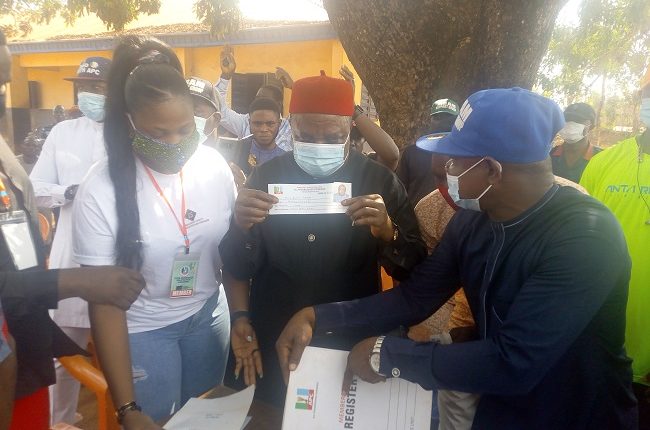 According to him, the exercise remains the best decision of the Independent National Executive Council (NEC).

He also noted that the exercise will bind the part members together in unity and oneness.

“We are on the political season and in APC as a family, we have freedom of speech. So, Oshiomole is entitled to his own view but his view is not the view of our great party and it is in any way confirming the illegality he is talking about.”

Mbam however, calls on Ebonyians to join APC by participating in the revalidation exercise. According to him, it is only what guarantees their full members.

“I appeal to my people to join the APC. We need to be at the centre, we don’t need to be complaining. We need to be on the stable and that is why I am appealing to all Ebonyians to register and be part of the progress we are making.

Cryptocurrencies: No inconsistencies between CBN, our position ― SEC