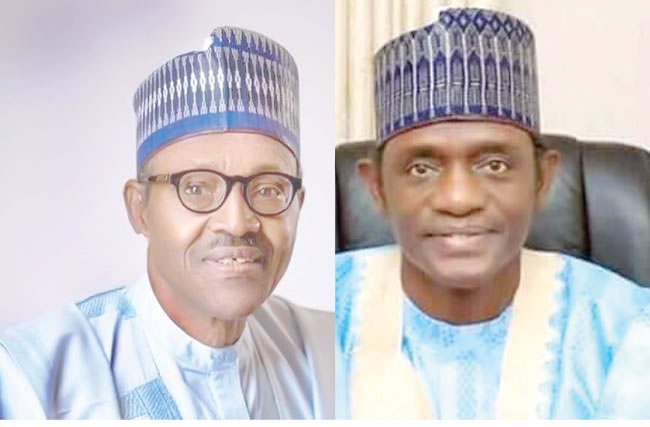 The rescheduled membership revalidation and registration of the ruling All Progressives Congress (APC) beginning tomorrow across the country is being trailed by mutual suspicion over likely manipulation by some main stakeholders.

The ad-hoc committee saddled with the conduct of the exercise had, last week, threatened to deal with any attempt by individuals or groups to influence the programme, which was rescheduled from January 26 to February2.

The process for the exercise commenced on January 25 with a series of activities, including inauguration of the membership registration and revalidation committee at APC national secretariat in Abuja.

The National Assembly immediately went back on recess after their Christmas and New Year break to enable APC members partake in the exercise.

While some leading members on Sunday reechoed the warning from the APC national leadership against any attempt to manipulate the process, other stakeholders called for a transparent process to guarantee credibility and legitimacy of the exercise.

Other leaders of the party cautioned against registration by proxy, even as the chieftains of the party have slated a meeting of the Oyo State chapter for Ibadan, the state capital today.

According to reports across the state chapters, the claims and counter-claims about possible bid to influence the process remained a contentious issue despite assurance by some main stakeholders of a smooth exercise.

The exercise had commenced with the symbolic registration of President Muhammadu Buhari in Daura, followed by some other notable APC leaders as a mark of honour before general members.

The chairman of the APC in Anambra State, Chief Basil Ejidike, said he and other party leaders, including the Minister of Labour and Employment, Senator Chris Ngige, Tony Nwoye, Senator Andy Uba, Johnbosco Onunkwo and Chief George Moghalu were fully prepared for the exercise.

He said the exercise would enable the party to have more members that would  eventually lead to the APC winning the November 6, 2021 governorship poll in the state.

But the national coordinator, South East APC Young Progressives Forum, Comrade Paschal Candle, expressed worry over the seven-man committee deployed for the exercise in the state.

He frowned at some of the names nominated to supervise the exercise, challenging the rationale behind such nomination.

“The 2021 governorship is a must-win for APC and the youths of the party in the state and the South-East. Enough is enough,” Pascal warned.

On his part, an APC governorship aspirant Colonel Geoffrey Onyejegbu (retd) warned those saddle with the exercise not to give room for manipulation or hijack of the process so as not to jeopradise the APC chances in the next election.

Onyejegbu advised the APC national leadership to ensure that those that might attempt to manipulate the process face appropriate disciplinary action.

The Oyo State chapter of the party will hold an all-inclusive stakeholders’ meeting today to ensure a hitch-free and successful exercise in the state.

A statement, in Ibadan at the weekend, by the state caretaker chairman, Chief Akin Oke, said the Oyo APC had resolved to work with the party’s national secretariat and all stakeholders to deliver on the exercise which, according to the party, is expected to showcase to the world that progressive politicians are one indivisible family determined to make the APC more virile and cohesive.

The statement read in part: “The stakeholders’ meeting slated for this Monday at 11.00 a.m. at the new party secretariat in Oke-Ado, Ibadan, is aimed at mobilising all relevant leaders and chieftains of the APC in Oyo State to sensitise and encourage members and supporters of the party at the grassroots to participate fully in the exercise without any rancour or misgiving.

Some youths in theAP) in Kwara state said they had uncovered plans by some hoodlums to disrupt the exercise in the state.

The APC youths operating under the aegis, “The Integrity Forum”, called on the security agencies to be at alert to foil the alleged attempt by some members of the party to disrupt the exercise.

Speaking with journalists in Ilorin on Sunday, the spokesperson of the APC youths, Mallam Babafila Abdullateef,said that, “It has come to our notice that some disgruntled members of our great party -the All Progressives Congress (APC), under the leadership of some party leaders in the state are planning to distrupt the forthcoming membership registration/revalidation exercise.

“According to our very reliable source, APC rebels who are loyal to some party leaders, are planning to cause mayhem with the intent of disrupting the incoming membership registration exercise which is slated to commence on 2nd February 2021”

“This is coming barely two weeks after some youth elements loyal to some party chieftains, addressed a news briefing where they threatened to disrupt the party’s registration exercise. While we condemn such baseless resort to threats and anti-party behaviour, we urge these people to let peace reign. There are other Kwarans who are apolitical and it would be unacceptable for anyone to disrupt public peace on account of their own political ambitions and ‘me-or-nobody’ mentality.”

“This exercise has nothing to do with factionalisation. We are one  party, APC, irrespective of any intra-party disagreement which is a feature of any democracy.”

Amidst the outcry over possible manipulation, a stalwart of the APC in Ondo State, Honourable Jimoh Humility Akeem  urged the party faithful to troop out for the exercise in order to boost its  membership base ahead of the 2023 general election.

He said in a statement issued  in Abuja on Sunday said it was an opportunity for the party to make the APC to boost its membership based on the disposition of millions of Nigerians willing to come on board across the country.

He however urged all the  party officials saddled with the conduct of the exercise to strictly adhere to  the stipulated guidelines and  guide against possible hijack of the exercise by some individuals or groups.

“The exercise is a unique one, which, to me, will help to boost our numerical strength nationwide ahead of the general election, to this our teeming members and the new ones should come out en masse to partake in so as to to show the nation and the International Community that we are truly on ground.

He stated: “Our party members should stay away from all acts that can discredit the exercise, the registration officials should follow the rules and regulations guiding the exercise, we don’t want anything that will cause any crisis in our party again; we should see it as a family affairs and erring party member caught sabotaging the exercise by any form should be sanctioned no matter how highly placed in the society.

“Let our party leaders proceed to their wards immediately to mobilise their people for the exercise as already done by President Muhammadu Buihari who is already on ground in Daura, Katsina State ahead of the noble exercise. This is laudable; we should all emulate him, we should guide against registration by proxy, this is evil that lead to another crisis in the party.”

APC re-registration will give members sense of belonging —Ikuforiji

A former Speaker of the Lagos State House of Assembly, Honourable Adeyemi Ikuforiji said the exercise  would re-invigorate the p[arty and give a sense of belonging to both old and new members.

He added: “You will observe that when you have a large followership, who are your admirers but they are by the fence or they couldn’t make up their minds to come in as new members because they are big members where they are, this exercise will avail them the opportunity to join the progressive team. As we are re-registering, everybody will be coming in into the party as new members.”

Similarly, the chairman of the Lagos APC  caretaker committee, Alhaji Tunde Balogun  said some members of the Peoples Democratic Party (PDP) and others had indicated interest to join the party in the ongoing membership registration and revalidation.

He told the News Agency of Nigeria (NAN) that the APC was prepared to register all members of opposition parties who had shown willingness to join it.

Exercise will be devoid of rancor in Kano

Despite initial cold war among some major actors, the Kano State chapter  of the APC promised that the exercise would be free of rancour and acrimony because the party was in the firmly control of the state  caretaker chairman, Alhaji Abdullahi Abbas .

This was just as the state Commissioner of Rural and community development,  Alhaji Ilyasu Musa Kwankwaso, said many members of the PDP were ready to join the APC in the state.

The caretaker chairman is believed to be a staunch loyalist of the state governor, Dr. Abdullahi Umar Ganduje.

Before the dissolution of the previous executive of the party, Alhaji Abdullahi Abbas, was the chairman of the party in the state.

There is no faction in the  Ondo State chapter of the All Progressives Congress (APC) over the membership registration and validation of the members of the party beginning tomorrow,  its publicity secretary in the Akure North Local Government Area, Temitope Aluko, said on Sunday.

He spoke against the backdrop that the meeting of the party was disrupted by some angry youths and the attack on the state Commissioner for Works, Saka Yusuf Ogunleye, who is from the local government by some youths.

Aluko maintained that Ogunleye was not beaten as erroneously reported, but that the meeting which was attended by the party’s stakeholders from the council was disrupted.

He, however, explained that the meeting aimed at promoting cohesion within the party the council preparatory to the membership registration and validation exercise.

“The meeting was convened at the instance of the Chairman of the party in the local government area, Mr Joshua Eleti. It was meant to deliberate on the ways to sensitise our members in the wards to register on February 2 as directed by the national secretariat.