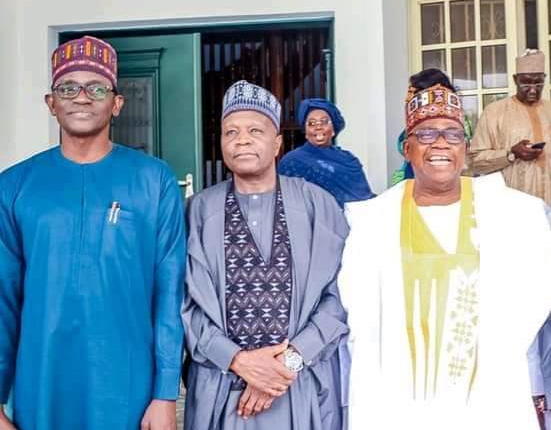 The All Progressives Congress (APC) reconciliation Committee led by Senator Abdullahi Adamu achieved a major feat on Wednesday in its troubleshooting drive as it resolved the differences between the Gombe State governor, Alhaji Mohammed Inuwa Yahaya and his estranged godfather, Senator Danjuma Goje.

A statement last night issued by Mamman Mohammed, Director General, Press and Media Affairs to Yobe State governor, Mai Mala Buni, revealed that the reconciliation meeting was held at the private residence of Governor Buni in Abuja. Others in attendance were the stakeholders in the APC from Gombe State.

Governor Buni expressed delight with the resolution of the differences between the two chieftains as he assured that “the party will contiinue to explore and exploit ways of resolving differences among stakeholders amicably across the country for a united front ahead of the 2023 general elections.

“I am indeed very happy with this development and this style would be replicated to solve the problems in other states,” he said.

The Chairman of the APC CECPC further commended the National Reconciliation Committee and the untiring commitment of its members to settling differences among the stakeholders.

He also commended Governor Yahaya and Senator Goje for placing the party’s interest and that of Gombe State over and above personal interests.

“You should contribute to cementing a healthy relationship between the two leaders in the interest of the party,” he charged.

NGX lists BUA Foods’ N720bn shares on its main board

FG reiterates commitment to implement 0.5 per cent of GDP for research, innovation