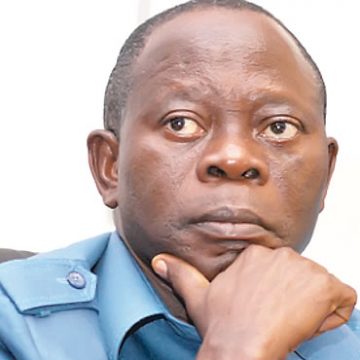 THE Federal High Court sitting at Asaba, the Delta State capital, has issued a contempt notice on the National Chairman of the All Progressives Congress (APC), Comrade Adams Oshiomhole, for flouting its order not to submit list of Delta APC candidates to the Independent National Electoral Commission (INEC) as well as INEC’s chairman for disobeying its order not to receive and publish such candidates’ names from Delta State for the 2019 general elections until the resolution of the case.

The court noted that despite its order dated October 17, 2018, Comrade Oshiomhole still went ahead to submit names of purported NASS candidates from Delta APC to INEC and that INEC also went ahead to receive and publish such names even when the order directed both parties in the case not to do so, but to maintain the “status quo.”

TribuneOnline recalls that the Chief Cyril Ogodo-led executive of the APC in Delta State, had dragged the APC, Oshiomhole, INEC and one other to court in Suit No: FA/ASB/CS/76/2018, over the issue of the authentic list of candidates that emerged from the parallel primaries conducted in the state through the two contending State Executives in the State.

The fourth defendant in the suit is Prophet Jones Erue and his parallel executive members.

The court in its sitting, Thursday, 1st November 2018, issued against Comrade Oshiomhole and the INEC Chairman Form 48, notice of Consequence of Disobedience to court order, and warned that: “…unless you obey the direction contained in the order, you will be guilty of contempt and you will be liable to prison.”

Earlier at the court, the defendants failed to file their responses claiming they were not given the statutory time and that the judge should first rule on their motion on notice challenging the jurisdiction of the court.

Maintaining her previous order on all parties to maintain the status quo, the judge affirmed she would not rule separately on Jurisdiction but shall take all motions together with the main issues.

She subsequently adjourned the matter to November 13th to give extended time to the defendants to file their responses.

She also warned ahead that she would proceed either way with the case on the adjourned date if the defendants still failed to file their responses.

How we changed clubbing lifestyle in Ibadan —Tope ‘Topside’ Adedeji