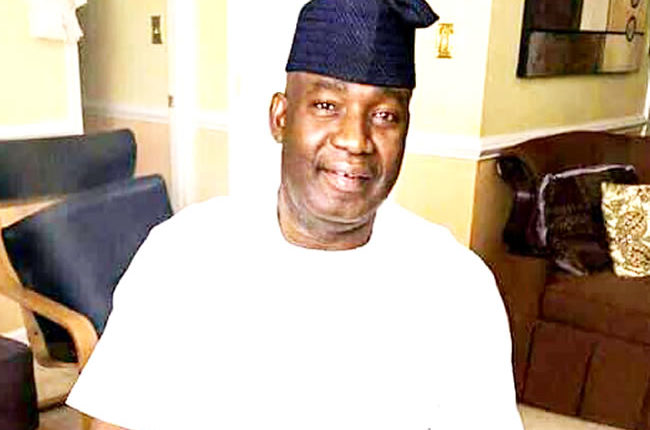 Governor Rotimi Akeredolu recorded a resounding victory at the October 10 poll. What factors do you think accounted for the victory?

Ondo State people are very educated people and they are also politically sophisticated. They could see the impact of the administration in various sectors. They are not easily moved by political mudslinging. Talking about infrastructure, more than 70 kilometres of roads have been completed across the three senatorial districts.

Remember that the mythical Oke Alabojuto in Akoko has been levelled by the administration. Several roads have been constructed in Akure township. Have you travelled recently to Owo from Akure? The road from Emure to Owo has been dualised.  The Redemption Bridge at Ore is another testimony of Governor Akeredolu’s brilliant leadership. Additional six Mothers and Child Hospitals have been built in the state. The Ondo-Liyin industrial hub at Ore has various companies like the Cassava/Ethanol Plant, Agrochemicals, Papermills factory, Medium Density Fibre Board,  Textile Industry and We-wood.

Higher Institutions are now better funded than in the past. The Olusegun Agagu University of Science and Technology, for instance, has been transformed by the present administration. Primary schools are receiving attention through State Universal Basic Education Board (SUBEB); about 500 primary schools have either been constructed or repaired.

Even with the dwindling resources, workers’ salaries are being paid. Again, All Progressives Congress (APC) when compared with the Peoples Democratic Party (PDP) has fared better in terms of development and management of the nation’s resources. During the PDP era, a barrel of oil once sold for up to $140 per barrel but the prices of oil plummeted to $30 when the present administration came in in 2015. Nevertheless, in road infrastructure, housing, agriculture, and so on, the APC-led administration is performing better. Thus, the confidence the masses reposed in the party contributed to the October 10, 2020 electoral success in Ondo state.

With the governorship election over, what’s next on the cards for you?

What is next on the cards for me is to get back to my first love: legal business. Remember,  I am a professional in politics. Besides my legal practice,  we shall increase our philanthropic activities. Government alone cannot eradicate the poverty in the land; we must all contribute our quotas. And as a party man, indeed an “APC aborigine,” I shall be praying for the governor’s success and carrying out any assignment we are given by the governor to perform on his behalf.

How would you assess the role of  INEC during the poll?

INEC did a fantastic job. The logistics were effectively and efficiently handled. The electoral officials were also very dutiful and exhibited professionalism.

The PDP candidate in the election, Mr Eyitayo Jegede (SAN), has gone to court over the outcome of the poll. We’ve seen legal upsets in states like Imo, Bayelsa and Zamfara. As a lawyer, do you have any fears about how the case might turn out in Ondo?

Barrister Eyitayo Jegede (SAN) has the right to seek redress in court if he assumes his rights were infringed upon. The case is already in court. It is,  therefore, sub judice. Thus,  I will refrain from making further comments on it.  But it is preposterous to be comparing what happened in Bayelsa, Zamfara or any other state with the situation in Ondo State. Let’s compare apple with apple, not apples with mangoes!

There was alleged massive vote buying during the election. How do you think this problem can be overcome in the polity?

During elections, movement is restricted. Some of us are not paperweight  politicians. We have touched our people’s lives positively and there is no need to buy any votes during elections. The people believe in our leadership.