The Association of Professional Bodies of Nigeria (APBN), Oyo State chapter on Monday visited the largest auto spare part market in Ibadan, Araromi which was recently razed by fire.

During the visitation, the group inspected the burnt sections of the market and commiserated with the victims of the fire incident.

Speaking during the inspection, Chairman, APBN, Oyo State, Mr Kola Lawal explained that the group will collaborate with the Oyo State government by giving professional advice to ensure that a well-structured market is built for the traders. 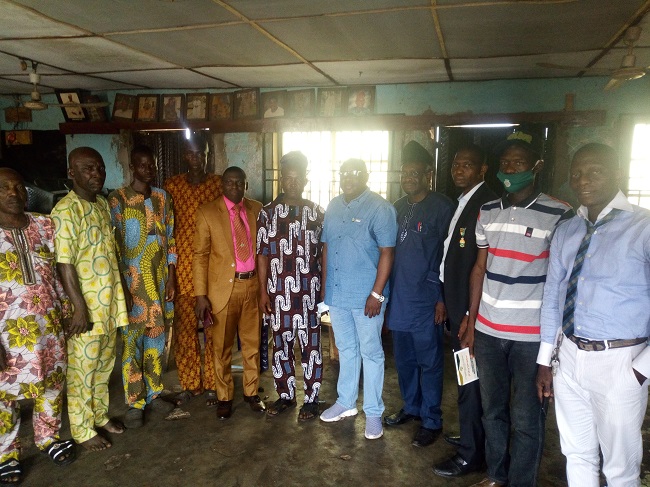 Lawal, also added that the group wil serve as an intermediary between the government and the traders of the market.

The group chairman, who is also a professional town planner emphasised that there is need to take a look at the initial plan of the market, in other to help in building a better structure with setbacks and enough air space to avert such occurrence in future.

”As a group of professional bodies, we took up the spot assessment of the Araromi spare part market, while we realise that the market was initially well structured but traders had built lots of illegal structures, and we also discovered that all the setbacks and air spaces initially created in the market have been filled with illegal structures which remains one of the factors that made the fire spread very fast.

”We are also thinking as professionals on how we can help in creating a link between the state government and market traders to come up with a well-structured plan for the market which includes an access road in the market and the provision of borehole water in the market.”

He added that one of the problems faced in the market is that the population of the traders has grown from the laid plan for the market 45 years ago.

He however noted that in a bid to create enough space in the market, the Oyo State government has promised to build another market for the traders, which according to the market chairman will serve as phase II of the market.