Real EstateProperty and Environment
By Dayo Ayeyemi | Lagos On Jan 18, 2022 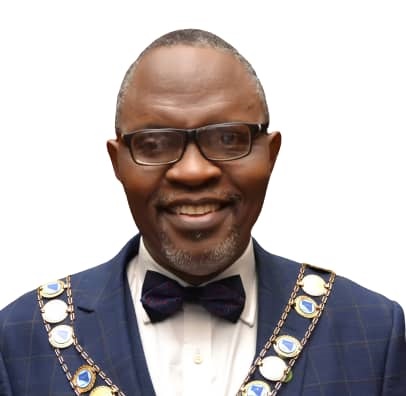 The President of the Association of Professional Bodies of Nigeria (APBN), Mr Akinloye Oyegbola, has called on built environment professionals under the auspices of the Building Collapse Prevention Guild (BCPG) to ensure that regulatory agencies enforce construction laws in the country.

Besides, he also urged on the need for synergy among the seven built environment professionals in order to educate Nigerians on the need to engage the right experts at various stages of construction.

Oyegbola, who disclosed this during the Biennial General Meeting and Elections of BCPG’s new Executive in Lagos, described the issue of overlaps in the professional practice as a major setback to the fight against building collapse in the country.

To him, the issue seemed to have overshadowed advantages of networking among built environment professionals.

He stated that one major challenge that BCPG would have to contend with was lack of necessary cooperation of government agencies and their officials.

He explained that one of the causes of building collapse in the country was due to the fact that the impact of government’s control and monitoring departments is on the decline.

Other challenges he mentioned, included the dwindling resources and low level of response from the public.

Unless the issue is resolved, the APBN boss said it would continue to militate against necessary   cohesion and cordial working relationships among professionals.

“One area of concern which  I have been directed to look into is the  working relationship among the built environment professionals in the guild. It could be said to be anything but cordial enough. The task before the guild requires a high level of cohesion among its members.

“The major contributor to this is the overlap in our professional practices. I dare say that issues of overlap in practice cannot be resolved easily in an atmosphere of rancor that would make them look at each other as adversaries.

“In a society where the professionals are being looked up to as role models and mentors, the least we can do as professionals is to let the manner in which we resolve our professional disputes reflect the high expectations of the society,” the APBN boss said.

According to him, the rapid rate of technological advancement had made delineation of professional boundaries very fluid, saying this has become the trend that professionals have to learn to live with.

“This means that professional disputes on overlaps in practices have come to stay. Living with it means the professionals should come up with an enduring method of resolving it when it arises,’ he said.

The outgoing President of BCPG, Mr George  Akinola, an architect, enumerated some of the achievements of  his administration in the last four  and half years.

Both the outgoing president and the General Secretary of BCPG, Mr Ime Udo, remarked that building collapse has become endemic in the built environment industry in the country, recalling that Nigeria recorded some of the most terrifying building collapse news on 13th March 2019 with the collapse of building at 53 Massey Street, Ita- Faji, Lagos Island, leading to the death of   20 people and leaving over 40 trapped.

They explained that the statistics of collapsed buildings in the country have continued unabated the past 3 years.

According to them, the country has recorded not less than 124 building collapse incidents within the period (ranging from partial collapse to complete collapse) in 26 states.

They stated that Lagos State topped the list of the unfortunate incidence within this period, recording 50 incidences of building collapse, noting that the last incidence recorded being the collapse of a 21 storey building at Garrard Road, Ikoyi.

Udo lamented that it was sad while trying to recover from the shock of Gerrard Road building collapse, another building at Okpanam, in Oshimili North local Government Area; Delta State collapsed claiming 10 lives while many worshippers were trapped under the rubbles on Tuesday, 11th January 2022.

‘Buildings above 2 floors should be subjected to structural integrity assessment’