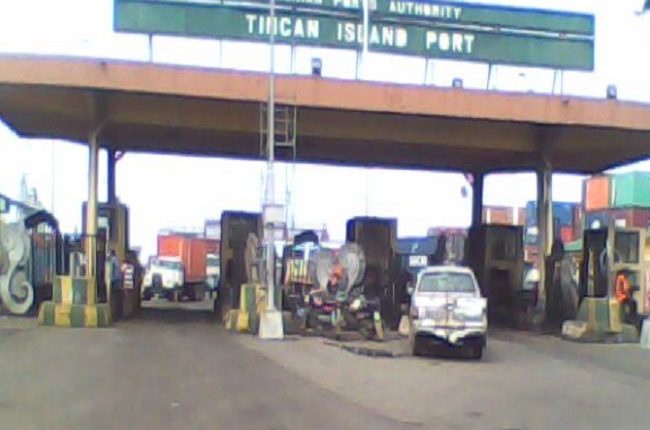 Netherlands based maritime consultancy firm, Dynamar has raised the alarm that congestion woes in major West African ports, including Apapa and Tin-Can ports have spiraled to neighbouring ports in the region, thereby forcing foreign ships to divert cargoes to Pointe Noire in the Republic of Congo, before bringing cargoes back to Nigeria via transshipment.

In its latest West African analysis, the group stated that blame game is being played out in Nigeria over the port crisis, and this is prolonging congestion troubles and pushing up costs for local businesses.

The group advocated for a collaborative approach to solving Nigeria’s congestion woes because the solutions are multiple in nature.

According to Dynamar, “The congestion in Apapa and Tin-Can ports is forcing ships to divert cargoes from Lagos terminals at Tin-Can and Apapa to ports as far as 1,500km south of Lagos, in Pointe Noire in the Republic of Congo, with transshipment back to Nigeria. Even carriers such as CMA-CGM and Maersk Line, who have vessel calls in Lagos ports have diverted cargo as the delays to ships were approaching 50 days on weekly services.

“The services diverted included CMA CGM’s joint services with Maersk Line, the FEW2 and the Midas/Mesawa from the Middle East to the Indian subcontinent. Both these services were diverted to Pointe Noire.

“A joint service operated by Arkas, CMA CGM and Hapag-Lloyd placed two extra vessels on the WAS/EuropeAfrique2/MWX service from the Mediterranean. Even these were insufficient to return it to a weekly operation. In addition, the service decided to skip the APM Terminal in Apapa. Cargo destined for there would be discharged at Tin-Can and barged, at Hapag-Lloyd’s account, to the Bolloré operated inland KCT Terminal in Lagos.

“These were the practical consequences of the situation in Nigeria, and there appears to have been little or no improvement this year.

“In mid-2020, it was reported that vessel waiting times for Lagos, including Tin-Can, had reached 50 days with around 1,000 container trucks of export cargoes said to be stuck on the port’s access roads.

“The Nigerian Ports Authority (NPA) had blamed APM Terminals, which operates the Apapa terminal in Lagos, for a lack of container handling equipment which it said had caused the backlog of cargo, import and export at the port. As a consequence, the NPA gave APMT an ultimatum to address the issues of shortages of handling equipment within 30 days.

“On its part, APMT said organic growth and the closure of the Benin border, led to increased traffic in Apapa. The terminal operator also brought in new equipment and made changes to senior management at the port.

“Other complaints and claims are that the high level of physical examination of cargoes required and the fact that consignees or their representatives are required to complete documentation at the port.”

Dynamar believes that the economic consequence of the congestion now exceeds $55 million per day and that the solution to the West African congestion problems in Nigeria has to be a combination of the regulatory authorities working with liner operators and terminals and those authorities that operate customs and other processes to find solutions.