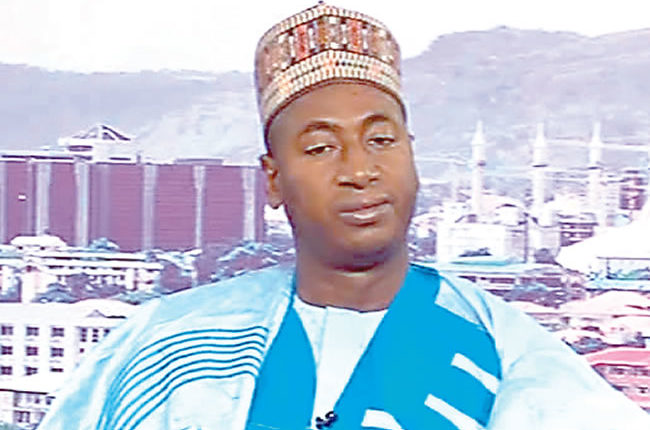 WHY has the conflict over herders’ activities persisted in Benue State?

It is because the governor (Samuel Ortom) is using it to drive his politics because we  don’t have herdsmen in Benue State. What they are doing is to move to borders in Nasarawa State to seize cattle and impose heavy fine on poor herders. Even during COVID-19 crisis, the governor was driving his politics using conflict. So, how will it end?

Does the current trend of events suggest the implementation of the anti-open grazing law is fraught with problems?

It is fundamental. How can you create a negative law and expect there would be no problem? Where are the ranches? You cannot displace people with their means of livelihood because you have power, which is even temporal and he has chased the herders away. They should ask him which herder he is fighting with. From your own record, all the killings that have been taken place in Benue State, particularly, of recent, is it not political killing?

With the governor coming under frightening attacks from suspected herders, what are the immediate and far-reaching implications for the ordinary people of Benue State, food security and national stability and peace?

Do you believe that the governor was attacked? Do you believe that cock-and-bull story? Where are his bullet-proof guards? Where is his security? At what point did it happen? Did he not say along Gboko; how did the herders access that place, if at all anybody attacked him? You see, he is taken everybody for a ride because he specialises in propaganda. He thinks he can drive the evil agenda against the Fulanis in this country but he is an insignificant minority. He cannot do anything, politically or otherwise against the Fulani nation. He is an insignificant minority; he will never constitute a threat; he continues to disturb the poor herders that are dwelling around Benue. But who is he? A Tiv man! We don’t take him serious.

What will you suggest as a possible enduring solution to the security situation in Benue State and why?

Ortom should review that negative law, accommodate everybody as his citizen and develop the state, pay salary and pay attention to development. He should stop using insecurity as an excuse. You can see serious governors are developing their states, in spite of the crises we have here and there. He treats everything as herders. You say you have a law and you have chased the herders away, now where are they (herders)? He said he saw people in a black dress and you said they are herdsmen. You claimed you saw people wearing black and carrying arms are herdsmen. Does it sound normal? He has become a laughing stock already because he has reduced governance to propaganda; all these will surely come to pass. The people he saw, were they with herds of cattle? Even that axis between Makurdi and Gboko, how did they have access to the area? It is neither near Nasarawa border nor Taraba border. He has not paid salary; no development. He used the crisis to get a second term in office and he thinks he can continue using the crisis to also cover himself.

But a Fulani organisation, Fulani Nationality Movement, has claimed responsibility for the attack on the governor?

The FUNAM’s emergence coincided with the creation of the anti-open grazing law; that group does not exist. We are calling on security agencies to investigate it. It is part of the tissues of lies and propaganda. If anybody is claiming to have interviewed them, who are they? They don’t exist; we know all Fulani organszations and their leadership in this country. Who has ever seen them to say they don’t exist? It is like a fifth columnist arrangement, now they came out to be claiming responsibility. Let security agencies investigate this. Where is there office? Where are they? There is no group without a face.