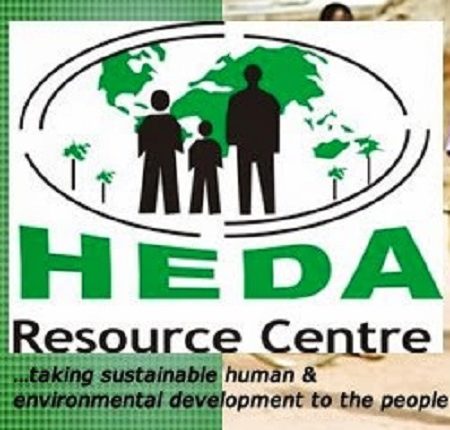 An advocacy group, Human and Environmental Development Agenda, (HEDA Resource Centre), on Tuesday, said there is a need for collaboration between the country where the money is stolen and the country where it is invested without which it will be difficult to fight corruption and put a stop to corrupt practices.

Chairman of the group, Mr Olanrewaju Suraju, said this while speaking at the round table, and the unveiling of “A Compendium of 100 High Profile Corruption Cases in Nigeria (4th Edition), which took place at Sheraton Hotels, Ikeja, Lagos.

Also speaking, Dr Gbenga Oduntan said the major funds stolen from the country through illicit financial flow were through under-invoicing and tax invasion by the multinational companies, declaring that such constituted about 70 per cent of money taken out of the country, which runs to billions of Naira.

Oduntan charged the Central Bank of Nigeria (CBN) to exhibit what he termed “institution capacity” capable of dealing with corrupt practices, noting that the inability of the Apex bank to play its role as expected was responsible for the increase in Illicit financial flow in the country.

“There is the need for collaboration between the anti-graft agencies and the CBN to be able to tackle corruption effectively in the country,” he said.