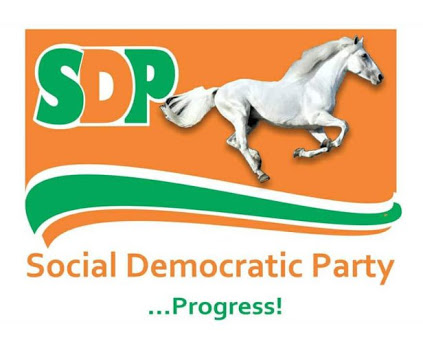 A Presidential aspirant of the Social Democratic Party (SDP), Chief John Dara, has challenged President Muhammodu Buhari over his administration’s seriousness in the prosection of the anti-corruption crusade, saying, “the APC administration is just fighting the shadow of corruption”.

‎The aspirant made the declaration in Abuja at the weekend shortly after he picked his Expression of Interest and Nomination forms of the party for the 2019 presidential election.

Chief Dara stated that rather than adopting a holistic approach to tackling corruption in the country, President Buhari was busy ‘boxing in the air.’

The Civil society and political activist said that President Buhari “cannot claim to be fighting corruption without paying attention to the induces that triggers corruption in the society and to think he can win the war”.

He lamented that while poverty was endemic in the country, unemployment kept  soaring high steadily and  many workers were not being paid.

According to him, “It is not enough to catch a thief, you must find out what is the cause of corruption in Nigeria and a situation where workers are not being paid living wages and you say you are fighting corruption, you are just boxing in the air. You are fighting the shadow of corruption.

“The truth is that corruption has causes that tend to promote it. We must close the taps and then we are sure that all Nigerians will unite to fight corruption,” he said.

He stated that the political class had failed Nigeria because they have not taken the responsibility of nation building serious.

He further blasted the nation’s leaders for projecting their selfish interest to the detriment of national interest.

Dara who instisted that he believed that he was the best candidate that could right all the wrongs of the present leadership of the country, said, “SDP is a credible alternative party that has a credible candidate like me who can bring progress to the country.

“As a champion of northern unity, I come as the man who will bring unity, not only to the north but to the whole of the country.

“The people of Nigeria are good people but our leaders tend to bring the worse out of them with their divide tactics which have been so glaring in this administration. It is imperative for Nigerians to unite and bring up a leader who will protect their interest”.

He blasted the nation’s leaders for being hypocritical about reforming the country and deceiving Nigerians, saying that all the recommendations made in the past which would transform the country had not been implemented and promised to revisit them given the mandate come 2019.

According to him, “Any nation that is being run by people who are too old, too weak, too sick, cannot fulfill our destiny and therefore, the young people of Nigeria that are excelling in all fields of endeavour should be brought on board in the interest ‎of the nation.

‘This also applies to the women, I see no reasons why we should not consciously engineer our politics in such a way that women will find it easy to participate, compete and to win.