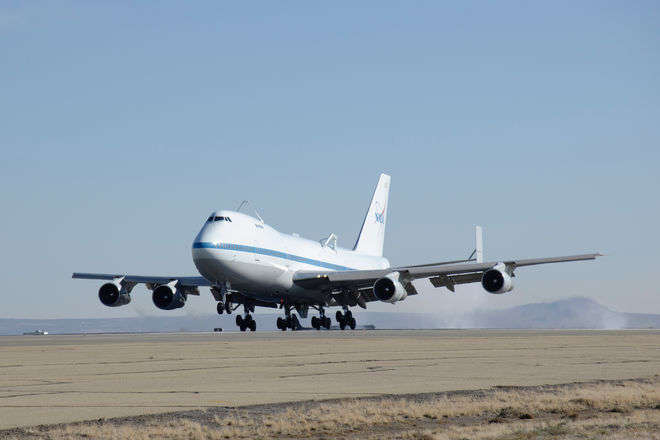 Just a week after an aircraft belonging to Royal Air Maroc on landing at the international wing of the Murtala Muhammed Airport was discovered to have had its baggage cabin tampered within a mysterious way, the airline has again recorded a similar incident.

In a statement made available to the media by the spokesperson of the Federal Airports Authority of Nigeria (FAAN), Mrs Henriette Yakubu yesterday, a pilot flying a B737-700 plane belonging to the same airline had requested for permission from the control tower at the Lagos airport to return back to the apron having discovered that the cargo door light of the aircraft was flickering on.

According to Yakubu in the statement: “The pilot flying a B737-700 belonging to Royal Air Maroc with registration number CN-RNQ discovered that the cargo door light was flickering on, despite the Aviation security escort visual observation that the Cargo door was closed. He alerted the control tower, requesting to return back to the apron, at the Murtala Muhammed International Airport Lagos, at about 05.30 hours today, October 20, 2019.

“The Aviation security escort team remained with the aircraft as it taxied back to the apron. At the apron, all concerned officers of FAAN and other agencies were on the ground for a thorough inspection.

“In line with the standard and recommended practices, all parties concerned supervised the offloading and the re-screening of all the luggage belonging to all passengers onboard the aircraft.

“All the luggage belonging to the passengers were intact as certified by the team on ground before the flight eventually took-off at 10.06 hours in the presence of the Airport Manager and Chief Security Officer of the Airport.”

It would be recalled that an aircraft with registration number CN – ROR belonging to the same airline landed at the Murtala Muhammed International Airport at about 0404hours on October 11, 2019, with its baggage cabin door opened.

According to Yakubu: “Confirming the incident, Aviation security officials that escorted the aircraft upon landing noted that although all necessary security landing procedures were observed as the aircraft was landing and there was no invader around the aircraft, they suspected the opening must have been as a result of a forced landing.

“Further investigation revealed that all passengers on the flight got their luggage intact, except for a certain Tazi Larbi, whose luggage with tag number 829116 did not come on the flight because it was left in Morocco.

“Appropriate agencies have however commenced an investigation into the incident to ascertain the cause. The aircraft pushed back at about 0530 hours and was airborne to Morrocco at 0540 hours.”

Edo NAFEST: We are expecting over 500,000 visitors, tourists ― Runsewe