Another one chance robbery syndicate arrested in Anambra 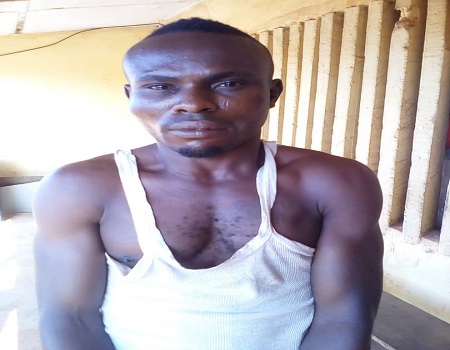 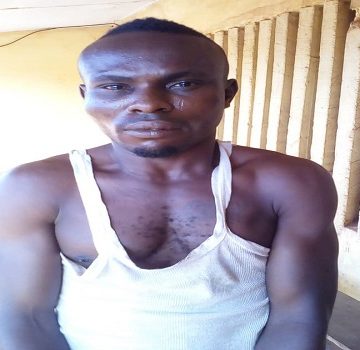 IN order to further stem the tide of crime and in its determination to provide safety and security in the State, the police command in Anambra has once again smashed a one chance robbery syndicate in the state.
The command public relation officer, SP Haruna Mohammed, who disclosed this in a press released in Awka, said the police patrol team attached to Oyi division arrested one Chinedu Uyanna male aged’ 28 years of Nkpor Uno in Idemili South LGA of Anambra State, and that the suspect along with his fleeing accomplices belonged to a syndicate who specialised in robbing oblivious passengers using a Mitsubishi L300 bus with REG number XC 489 GWA.

He said the gang members who posed in their vehicle as Commuter bus conveyed one Nwaga Oluchi f’ aged 28 years of No 3b,Obi Benjamin Street Onitsha and Mmesoma  Nwafor ‘m’ who boarded the bus at Nkpor to Ogbommanu in Onitsha suddenly diverted to Umunya/Tansian university road and allegedly raped the female passenger, stole her bag, ATM card and other items before the police swooped on them leading to the arrest of the bus driver while other gang members escaped.

Meanwhile, the victim was taken to Chira Hospital Awkuzu for medical examination and the Mitsubishi bus used in perpetrating the dastardly act was recovered.
He reassures the general public of the command readiness at ensuring that all citizens are protected especially during this Ember Months period and implores them to be wary of the vehicles they board particularly unregistered ones in order not to fall victims of one chance robbery.
His added that efforts are ongoing to apprehend other fleeing members of the gang in order to bring them to book.

Suit over Executive Order No. 6 goes to Appeal Court