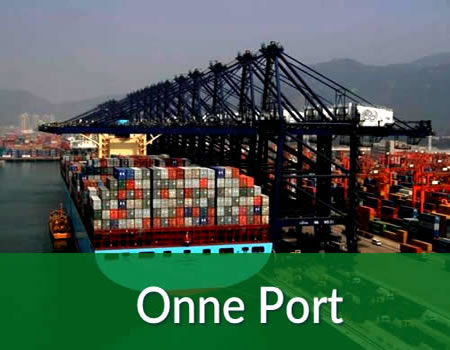 THE Association of Nigerian Licensed Customs Agents (ANLCA), Onne Port Chapter has denied collecting Practitioners Operating Fees on behalf of the Council for the Regulation of Freight Forwarding in Nigeria (CRFFN) at the Onne port, labeling promoters of such rumours as mischief makers.

Reacting to news making the rounds that the association connives with some terminal operators to carry out such illegalities, Chairman of ANLCA Onne Port Chapter, Hon Mike Ebeatu stated that, “For the avoidance of doubt and in keeping the record straight in line with ANLCA constitution and  CRFFN Act, ANLCA Onne Seaport Chapter has never and has no statutory mandate to collect POF. “What the association has been collecting is the Association Welfare Due (AWD),  which was a unanimous decision reached by all Executives and Members in line with the Constitution of ANLCA.

“The claim by one Mr. Chidi Opara that the chapter has been collecting POF is frivolous and baseless. We will investigate more about Mr. Opara to find out his credibility.

“The claim by Mr. Chidi Opara is blackmail. His claim is misleading and unfounded; and it’s the figment of his imagination. I wonder how someone who is not a Licensed Customs Agents and not a member of ANLCA Onne Seaport Chapter should say such a baseless and false statement.

“I use this opportunity to call on all Licensed Customs Agents, operators, stakeholders to disregard the report and be assured that my stewardship will continue to adhere and uphold the rules and regulations governing our profession in line with the Federal Government Fiscal policies on Imports and Exports at the Ports.”

‘Officials initially offered to help but when the number of able-bodied citizens at the centre increased, they left us unattended to’

With the imminent disconnection of the SIM cards of Nigerian phone users who failed to enroll for the National Identification Number (NIN) registration, IFEDAYO OGUNYEMI, in this report, unearths the unsavoury treatment of persons with disabilities at NIMC enrolment centres in the six South-West states which is in disobedience of the provisions of the Disabilities Act and other laws.

What operates in Nigeria’s NHIS is an aberration — Odukoya, Vanguard Pharmacy

First NEC Meeting Of The Year Focuses On Subnational Ease Of Doing Business, Demographic Transition, Others