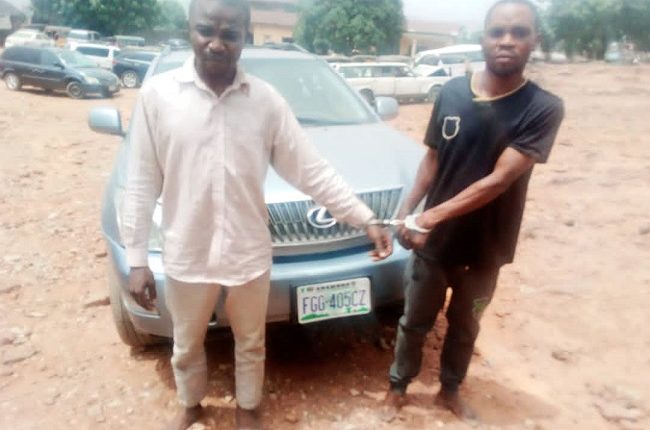 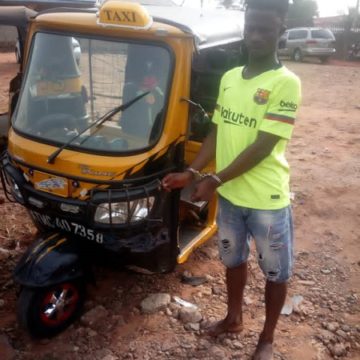 Police operatives attached to Anambra State Command have gone offensive against criminal elements in the state, leading to the successful arrest of six criminal suspects involved in offences of unlawful possession of firearms, stealing and cultism.

Tribune Online gathered that the arrest led to the recovery of one locally-made pistol with two live cartridges, one Lexus jeep and two tricycles.

The State Police Public Relations Officer, DSP Ikenganya Tochukwu, who disclosed this in a statement in Awka, on Monday, said acting on credible information while on surveillance duty, operatives of the Command attached to Ihilala Police Division, on 4/4/2021 at about 18:20hrs, arrested one Chike Obi ‘m’ 28 years, of Umudubiri Uzoakwa Ihiala and Okosis Udeagu ‘m’ 23 years, of Uhuobo Okija.

One locally-made pistol with two live cartridges was recovered from them. They both confessed to being members of a deadly cult group.

Similarly, following a complaint received at Inland Police Division Onitsha on 22/04/2021, that a Lexus 330 SUV got missing in a Carwash, along heritage road, and all efforts made to locate the vehicle and the car washer proved abortive, Police Operatives attached to the Division swung into action and arrested two suspects: one Pius Aidam ‘m’ of Omogba phase 2 inland town, Onitsha and Effiong Udeme Elder ‘m’ of No. 47 Idore Street, Uyo, Akwa Ibom State and recovered the said Car.

He said preliminary investigation reveals that the car was stolen and taken to Uyo Awka Ibom State.

In another development, following series of complaints of tricycles being removed from where parked along Boromeo Roundabout in Onitsha North LGA, Police Operatives attached to Inland Police Station on 30/3/2021, arrested one Isienyi Joshua ‘M’ aged 22 and Chinemere Emenike ‘M’aged 19 years and recovered two tricycles.

They both confessed to being members of a criminal syndicate specialized in stealing tricycles within Onitsha and its environs.

A discreet investigation is ongoing to arrest other members of the gang at large and recover other incriminating items.

All the Suspects would be charged to court on the conclusion of investigations.

To this end, the State commissioner of Police, Mr Monday Bala Kuryas, while commending efforts of the police operatives, has assured that the command will continue to carry out an intensive onslaught against all forms of crime in the state.