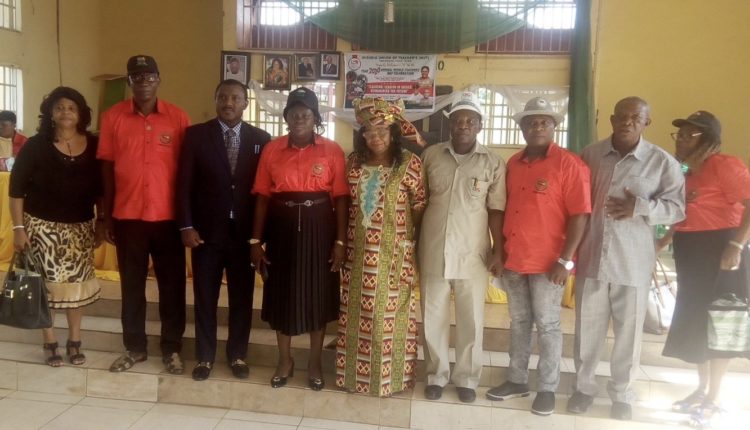 The Anambra State Chapter of the Nigeria Union of Teachers (NUT), have commended the state Governor, Willie Obiano for his administration’s improved welfare package for teachers in the state despite the current economic crunch in the country, associated with the dreaded coronavirus pandemic.

Addressing members yesterday, at NUT Conference hall Awka, to mark this year 2020 World Teachers Day, with the Theme; Teachers: leading In Crisis: Reimagining The Future; the State chairman of the Union, Comrade Mrs. Chibueze Nonye, observed that the largesse extended to the teachers by the present administration in the state had helped to entrench quality service delivery.

Nonye noted that prompt payment of salaries, promotion of teachers, regular release of the Union statutory checks off dues, employment of more women into teaching profession and the extension of the service years of teachers 1 Primary and secondary schools from 60-65years are part of the development that had endeared Anambra teachers to the Obiano administration.

She in other words, lamented that despite the improved welfare package, the state NUT was still facing certain challenges, including lack of infrastructure and adequate man power in public schools, non payment of primary schools teachers who benefited from the extension of service years, non payment of promotion arrears in primary school from 2014 till day, blocking possible means of interacting with the state government except during campaign low-key celebration and the non involvement of NUT in all matters concerning teachers in the state especially during this year latest challenge of COVID-19.

In his brief speech, the State Ag. Secretary of the Union, Comrade Sam Egwu, maintained that the continued denial of the NUT statutory right of participating in the government scheme of things was reprehensible.

How FG, States Lost N1.5 Trillion To ASUU Strikes —Investigation
INVESTIGATION has revealed that both the federal and state governments which are proprietors of public universities in Nigeria may have lost a huge sum of N1.5 trillion to the incessant strikes embarked upon by the Academic Staff Union of Universities (ASUU) since the nation’s return to democracy in…

Don’t Be Afraid Of COVID-19, Don’t Let It Dominate Your Life, Says Donald Trump After Leaving Hospital
United States President Donald Trump was discharged from Walter Reed National Military Medical Center on Monday evening to return to the White House, three days after being admitted to the hospital for treatment of complications from COVID-19, Yahoo News…

EXCLUSIVE: The Laycon Interview
I feel blessed and appreciative of everything that I am getting from everyone. I mean; I went into the house to promote my song and had no expectations of staying for more than two weeks. Now I am a trending topic on everyone’s lips. I am grateful for the love and appreciate every single person who has helped me get to where…

IGP Confirms Arrest Of FRSARS Operatives For Gross Misconducts •Says no going back on total reforms of outfit
The Inspector-General of Police, IGP Mohammed Abubakar Adamu on  Monday confirmed the arrest of some of the Operatives of the  Federal Anti-robbery Squad, FSARS who have been found to be unruly and unprofessional in their dealings with the citizens, particularly the…